The world can begin rotating again. The Masahiro Tanaka sweepstakes finally has concluded, as the Japanese ace has signed a seven-year, $155 million contract with the New York Yankees.

The Yankees are swinging for the fences in 2014, and Tanaka should make New York better despite the inherent risk that comes with signing a high-priced international free agent. But what exactly does Tanaka signing with the Yankees mean for the Boston Red Sox?

First, there?s the obvious. The Yankees? pitching just got deeper, meaning that the American League East will be an even more difficult division to play in this season. Sure, the Yankees already made improvements this winter by signing free agents Jacoby Ellsbury (seven years, $153 million), Brian McCann (five years, $85 million) and Carlos Beltran (three years, $45 million), among others, but Tanaka addresses New York?s most glaring weakness. Plus, there?s the possibility that the Yankees might continue to dip into the free-agent market now that they?ve surpassed the $189 million luxury tax threshold, which was believed to be hindering their quest to add more impact players.

One player who the Yankees, theoretically, could pursue is Stephen Drew. The Red Sox haven?t ruled out the possibility of re-signing Drew, but Boston — which extended a one-year, $14.1 million qualifying offer at the beginning of free agency — appears reluctant to offer a multiyear deal. The Yankees might decide that Drew now makes sense and thus make a strong push to sign the veteran shortstop. Drew certainly would stabilize New York?s infield in 2014, and perhaps even serve as Derek Jeter?s successor in the near future.

Drew is just one possibility, though. The Yankees might decide to pursue additional pitching, whether that be in the form of a starter (like Matt Garza, Ervin Santana, Ubaldo Jimenez or Bronson Arroyo) or a reliever (like Grant Balfour or Fernando Rodney). The point is that the Yankees no longer are stuck figuring out whether to exceed the $189 million mark, so they might as well continue to be aggressive.

If there?s one positive for the Red Sox following the Tanaka deal, it?s that the rest of the starting pitching market can finally break out of its holding pattern. While the Red Sox probably won?t make any big splashes, it?s likely that general manager Ben Cherington will receive a few more phone calls regarding his starting pitching surplus now that the Tanaka situation has been resolved. The Red Sox, who are in the enviable position of having six viable major league starters and numerous young starters on the verge of cracking the majors, might even become a focal point for teams that missed out on Tanaka.

Perhaps the most important layer to the Tanaka deal from a Red Sox standpoint is the impact that the pitcher?s contract will have on Jon Lester?s future in Boston. Granted, the two hurlers aren?t exactly intertwined. Tanaka is an unproven 25-year-old right-hander, whereas Lester is a 30-year-old, All-Star southpaw entering his ninth major league season. But as the price for elite starting pitchers continues to soar, so, too, is the price tag on Lester, who is slated to hit free agency next winter. The Red Sox will have an extremely difficult decision to make regarding their ace.

There?s no telling what to expect from Tanaka as he finally joins Major League Baseball. But as the Japanese product gets set to throw on pinstripes, it?s perfectly clear that the ramifications of his deal are wide-ranging, to say the least. 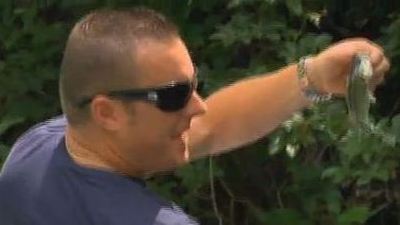