Tom Brady Locks In on Julian Edelman and Other Thoughts From Patriots Film Review - NESN.com Skip to content FOXBORO, Mass. — The New England Patriots have no idea who they’re preparing for in the playoffs.

That’s a minor downside to being rewarded with a first-round playoff bye for finishing the regular season with a 12-4 record and earning the No. 2 seed in the AFC. It also changes how the Patriots handle their bye week. It’s not like an in-season week off, as head coach Bill Belichick pointed out Sunday. During those yearly byes, New England has two weeks to prepare for one team.

The Patriots aren’t going to waste their time preparing for three teams, so they’re doing some self-scouting this week. They’re going back to see what went wrong in Weeks 16 and 17 against the Baltimore Ravens and Buffalo Bills, respectively.

The Bills game was dominated by running back LeGarrette Blount, who didn’t give New England’s passing offense much time to get into rhythm. On defense, the Patriots did just enough to get by, but they were giving up big gains on the ground and through the air.

Let’s dive deeper into Week 17’s 34-20 win over the Bills in this week’s No-Huddle Offense.

1. LeGarrette Blount’s game was just as good on second glance.

Take out the two long returns from Blount’s masterful performance, and it was still one of the best games by a running back all season. What’s been so impressive about Blount is how he’s been making something out of nothing lately.

That includes when Blount has to cut outside when his rushing lane has closed and when he bowls over defenders to get an extra yard — or in some cases five. Not only has Blount’s pad level improved (he’s keeping it much lower these days), but his field vision has improved, as well.

2. Stevan Ridley runs well but gets caught from behind.

Here’s an interesting fact about Ridley: He has just one touchdown of more than 20 yards. It came during Ridley’s rookie season against the Raiders — a 33-yarder in Week 4 of the 2011 season.

I feel it’s interesting to mention this because Ridley has 13 other carries for 20-plus yards in which he’s been caught. One of those came in Week 17 against the Bills. Ridley ran 29 yards but was caught by Bills safety Jairus Byrd.

Ridley’s speed and quickness off the handoff are top-tier, but his top-end speed keeps him from breaking off long touchdowns like Blount, who had a 36-yard touchdown and a 35-yarder.

The Patriots rookie wide receiver went 34 plays, 14 in the passing game, according to Pro Football Focus, without being targeted. He still seemed a little slowed down by his hip injury and was having trouble getting open. Quarterback Tom Brady hardly looked at him.

4. Tom Brady continues to key in to Julian Edelman.

It’s unclear what will happen if an opposing defense takes Edelman out of a playoff game. Brady has trouble looking Edelman off at times.

Obviously Edelman is Brady’s most dependable target, but it would help the passing game if the other wide receivers, running backs and tight ends were more involved. Edelman had another strong game, but he might not be there for Brady eventually.

For the most part, the Patriots’ offensive line did a nice job of keeping Brady from getting hit or pressured. I had guard Logan Mankins to blame for a sack and two quarterback hits. Guard Dan Connolly and tight end Matthew Mulligan each gave up a hurry, as well.

Obviously Mankins’ pressures can be excused. The starting left guard was playing on a bum ankle.

The rookie cornerback gave up a 41-yard pass, but it could be argued that rookie safety Duron Harmon should have picked up Bills wideout T.J. Graham on the deep pass. Otherwise, Ryan had another nice game. He gave up two completions on three targets for 50 yards.

Ryan also helped out on a few key stops in the run game. Buffalo running back C.J. Spiller has a tendency to cut outside frequently. Ryan was there to either stop Spiller or prevent him from getting further upfield.

It’s become a tired subject, but the Patriots’ new starting nose tackle has been dominant lately. Siliga had two sacks (one was called back due to a penalty) and numerous run stops in the middle of the field. Siliga missed some tackles, but that at least slowed down the Buffalo running backs.

Siliga’s game has improved the entire New England run defense. The Patriots didn’t have the greatest game against the Bills, but it would have been much worse with Siliga not present in the middle of the field.

Check out the breakdown of rushing yards per player and unit below.

As you can see above, the Bills averaged the most yards per carry when Spikes was on the field. Spikes is banged up with an injured knee, and it really appears to be slowing him down. He’s not as explosive, and his change of direction has suffered. He’s also not able to be as stout against blockers.

It’s extremely admirable that Spikes is playing through the knee injury, but I have to wonder at what point it would be better to have Fletcher or Collins in over him. Maybe Spikes will be able to heal with two weeks off.

The Rutgers rookie filled in for McCourty, who was sitting out with a concussion. Harmon doesn’t have McCourty’s closing speed, but I thought he guarded the deep half of the field well. On a couple of plays he had to come clear across the field, so it appeared he was arriving late. Harmon has been strong in the run game all season.

10. Rob Ninkovich was his usual dependable self.

One of the defensive end’s most impressive plays was on Thad Lewis‘ quarterback sneak on 4th-and-1 in the second quarter. Ninkovich wrapped around the right side of the Bills line, grabbed Lewis and pulled him back. It was the perfect play for the situation. Ninkovich is known for those.

Ninkovich also did a nice job keeping containment on Lewis. The mobile quarterback scrambled just once.

11. Aqib Talib appears to be back to full health.

There were a few weeks there where the Patriots cornerback seemed bothered by his hip. That did not appear to be the case on Sunday, however. Talib locked down his side of the field. He was targeted just once and did not allow a completion.

Bruins-Predators Game to Begin at 7 p.m. Thursday as Scheduled Despite Winter Storm in Boston 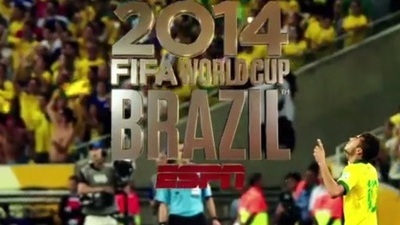