Either the Seattle Seahawks or the Denver Broncos will be crowned Super Bowl champions tonight, right? Wrong, according to one Chicago Tribune columnist.

Steve Rosenbloom is sticking with the home team and predicting that the Chicago Bears will win the big game by a landslide, 75-0. It’ll be difficult to win a game that the Bears aren’t even playing in –although, Jay Culter will still probably manage to throw an interception, somehow — but it’s not the first bizarre pick Rosenbloom has had. He also forecasted that Chicago would go a perfect 16-0 this past season.

Predictions might not be his thing, but at least this writer knows that the Bears will be watching this one from home, unlike our favorite doctor who is convinced he’ll be watching Tom Brady on Super Bowl Sunday.

Check out Rosenbloom “Bearing down” in the photo below. 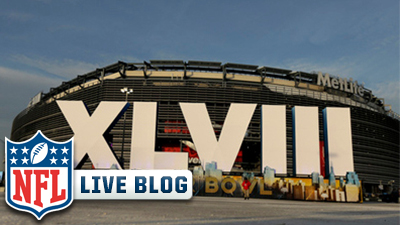