A couple of members of Congress are joining the chorus against the Washington Redskins’ team name.

?The NFL can no longer ignore this and perpetuate the use of this name as anything but what it is: a racial slur,? Cantwell and Cole wrote, via the New York Times. ?The National Football League is on the wrong side of history. It is not appropriate for this multibillion-dollar 501(c)(6) tax-exempt organization to perpetuate and profit from the continued degradation of tribes and Indian people.?

Cantwell and Cole aren’t the first elected officials to speak out about the team name, as President Barack Obama also suggested a change last year.

Goodell continues to support the nickname. He answered questions about the issue during Super Bowl week, backing team owner Dan Snyder, who has been adamant about not changing the name, and even offering statistics that support keeping it.

?I?ve been spending the last year talking to many leaders in the Native American community,? Goodell said, per Pro Football Talk. ?We are listening. This is the name of a football team, a football team that?s had that name for 80 years and presented the name in a way that honors Native Americans. We recognize that there are some that don?t agree with the name, and we listened and respected that. 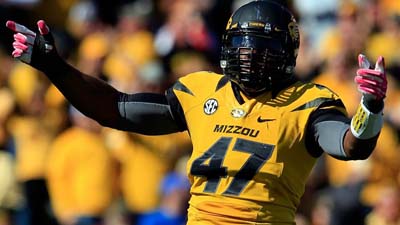