The New England Patriots have a surplus of youth at wide receiver, but they need a dependable player Tom Brady can trust.

The Patriots are obviously hoping second-year players Aaron Dobson, Josh Boyce and Kenbrell Thompkins can take the next step. But that’s no guarantee since the 2013 season ended on a down note for all three players because of injuries.

The Patriots’ top option is last year’s No. 1 receiver, Julian Edelman, but the Patriots will be unwilling to overpay the sixth-year player since they already have a similar receiver in Danny Amendola.

Check out the top five receiving options for the Patriots in free agency.

There are more talented wide receivers in free agency, but none are a better fit for the Patriots than Edelman, who caught 105 passes for 1,056 yards with six touchdowns as Tom Brady’s favorite target in 2013. Edelman might never put up those huge numbers again, but it was obvious Tom Brady trusted the former college quarterback, and that’s very important in the Patriots’ offense.

The Patriots and Edelman reportedly began contract talks Thursday, which is a good sign for the receiver’s return to New England.

Decker was the No. 2 receiver for the Broncos, but he clearly would be the No. 1 with the Patriots. His experience with a demanding quarterback in a complex offense likely would help him pick up the Patriots’ offense and gain trust with Brady quickly.

Decker will be expensive, however, as the top wide receiver in free agency. If the Patriots sign Decker to big money, it won’t speak highly of the Patriots’ expectations for Dobson.

The former New York Giants wide receiver likely will be overpaid since he has prototypical size with a history of production. If the Patriots can get him cheap on a short contract, though, they should.

Like Decker, Nicks has experience with a demanding quarterback in a complex offense. Those are the type of receivers the Patriots should look for in free agency.

The Patriots were willing to give up a third-round pick for Emmanuel Sanders last offseason when the speedy fifth-year player was a restricted free agent. One would think the Patriots would be interested a year later, when they can get him without giving up any compensation.

Sanders is speedy and could serve as an Edelman replacement. He’s never had a breakout season, though, and there’s a fear he might never take the next step needed to be anything more than a No. 2/3 receiver.

Remember Michael Jenkins in 2013? That could be Avant in 2014 — a camp body with an outside chance to make the roster. Avant, like Jenkins, has some of the most dependable hands in the NFL.

Avant is almost strictly a slot option, but if he can help mentor the young receivers on the roster, he would be worth the low-risk contract. 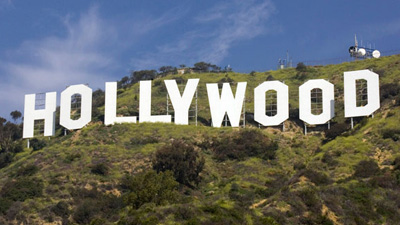