Anyone who has watched “Behind the B” knows Brad Marchand takes his pregame soccer kick-arounds pretty seriously.

Marchand’s game hit a snag Tuesday in Detroit, though, when an over-eager kick lodged the soccer ball way up in the rafters deep in the lower concourse of Joe Louis Arena. What followed was a scene was straight out of high school gym class.

In order to retrieve his ball, the Boston Bruins winger used the tried-and-true trick of hurling his sneaker at it — inspiring some rather entertaining commentary from the beat writers in attendance.

It took a bit of effort — the shoe ended up knocking the ball loose but getting stuck itself, prompting another round of tossing — but Marchand eventually was able to retrieve all his belongings.

The night was a success for Marchand’s team as a whole, as well, as the Bruins went on to defeat the Red Wings 3-0 to take a 2-1 lead in the Eastern Conference quarterfinals.

Check out Marchand’s retrieval efforts in the video below. 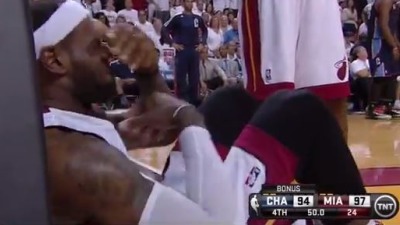 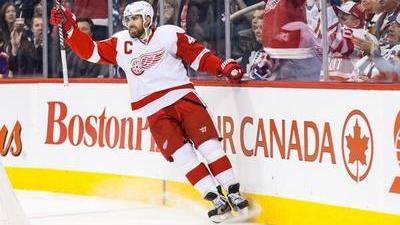