Washington Nationals left fielder Bryce Harper received the bad news Monday that he would have to undergo surgery to repair a torn ulnar collateral ligament in his thumb.

But Harper was all smiles Tuesday, posting a photo of himself giving a thumbs up (with his good thumb of course) after the successful surgery. It looks as though he may have even done his hair before going under the knife.

Harper is expected to be out until at least early July.

Check out Harper’s post-surgery pic below. 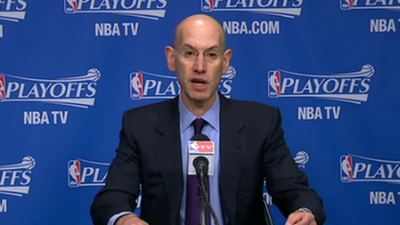 Vote: What’s Your Take On The NBA’s Punishment Of Donald Sterling?