The NFL has changed since Rob Ninkovich held his Purdue pro day on March 10, 2006.

There were no bells and whistles at Ninkovich’s audition for NFL scouts eight years ago, just “a bunch of teams trying to make me throw up,” the defensive lineman said Tuesday at Gillette Stadium.

“That’s what it is now — everything is changing,” Ninkovich said. “It’s become more media oriented, where everyone wants to see and be part of that whole process. It’s probably different for those guys because they have to be a little bit more polished in front of the camera and be presentable, as opposed to when I was coming out you didn’t have the face time or anything like that. You were just involved with the team.”

Ninkovich impressed at his pro day in 2006, running a 4.79-second 40-yard dash. He was drafted in the fifth round by the New Orleans Saints before catching on with the Patriots in 2009. 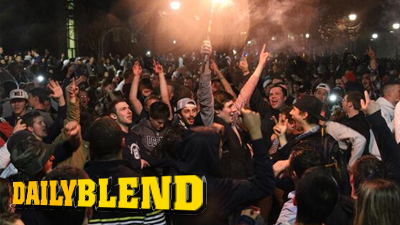