Danny Ainge, Brad Stevens and the Boston Celtics appear to have gained from the bizarre dysfunction surrounding Mark Jackson’s coaching staff with the Golden State Warriors.

Jackson dismissed Erman for an undisclosed “violation of company policy,” though ESPN reported that Erman secretly recorded conversations involving Jackson. According to MassLive, Erman felt “badly mistreated” by Jackson and their relationship had deteriorated.

This is far from an isolated incident for Jackson — and not the first involving a former Celtics employee, either. Former Celtics player and TV analyst Brian Scalabrine was “reassigned” away from the bench two weeks before Erman’s firing, and Jackson also reportedly had a strained relationship with Mike Malone, considered one of the top assistants in the league before leaving Golden State last summer to become head coach of the Sacramento Kings. 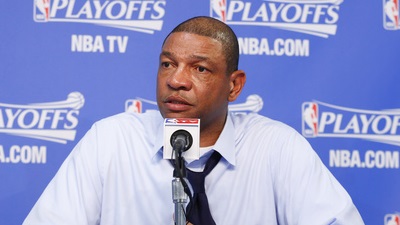