With the Hurricanes leading the Pittsburgh Penguins by three goals late in the third period, Harrison delivered a hit on Crosby just after the already frustrated Pens captain had released the puck.

The check flipped a switch for Crosby, who punched back at Harrison before grabbing him by the throat and slamming him to the ice with a WWE-style finishing move.

Both players were given roughing minors for their roles in the scrap, and the Hurricanes went on to win 4-1.

It was an eventful night for Crosby, who also made news by getting smacked in face by a linesman earlier in the game.

GIF via The PensBlog.

Tom Caron: American League East Could Be Best It’s Ever Been (Audio) 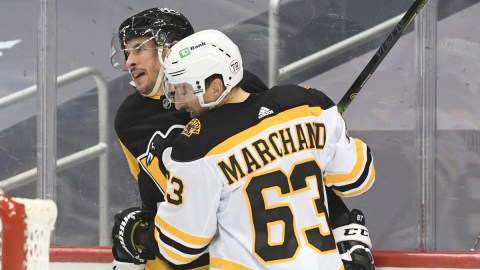 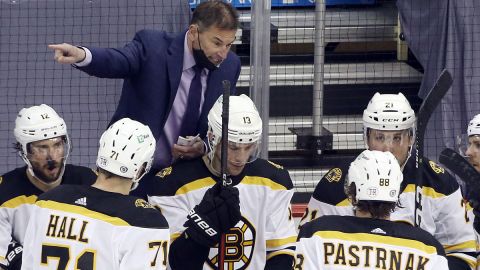 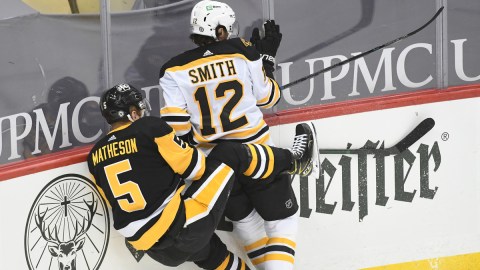 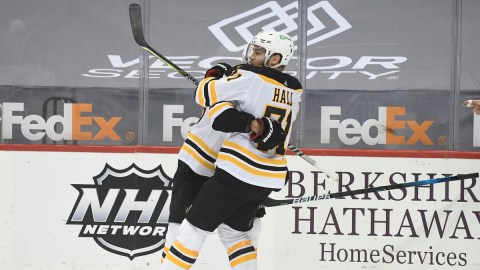