BOSTON — The old saying “If you can’t beat ’em, join em” is tweaked just a little bit when it comes to professional sports, where “If you can beat ’em, hire away their people” might be a better adage.

That’s what the Boston Bruins are finding out, as their offseason changes likely won’t be limited to on-ice personnel. The Bruins might need to overhaul their front office, too.

TSN’s Darren Dreger reported Tuesday that Bruins assistant general manager Jim Benning is set to become the Vancouver Canucks’ new GM. The Bruins’ other assistant GM, Don Sweeney, also might be on the move, as CBC’s Eliotte Friedman reported in his weekly “30 Thoughts” column that Sweeney could be among the candidates for the Washington Captials’ GM job vacancy.

That would leave two sizable holes in Bruins GM Peter Chiarelli’s stable, but that’s life as one of the NHL’s top organizations. When you have success, your people become desirable candidates for job openings.

Just look at the Bruins’ recent track record. They won a Stanley Cup three years ago. They were back in the Cup Final last season. This season, they won the Presidents’ Trophy. Their GM, Chiarelli, was part of a Hockey Canada management group that assembled one of the best teams ever. Their head coach, Claude Julien, was on that Canadian coaching staff. Their scouting staff is responsible for finding players such as Torey Krug or (in a lesser way) Reilly Smith, both of whom played big roles on this season’s team.

Bruins president Cam Neely said Tuesday that Benning has been given permission to speak with other teams and acknowledged this type of change was inevitable.

“That’s what happens when you have success,” Neely said during Bruins upper management’s season-end news conference at TD Garden. “The other teams look at other organizations that have had success and start inquiring about your management group. It’s something that a lot of good organizations have had to deal with over time, and we’re dealing with it now.”

Benning has been recognized as a GM prospect for some time. His name surfaced when the Buffalo Sabres cleaned house earlier in the season, and it’s no surprise that he or Sweeney — or anyone else in the Boston front office — would be a desirable hire. Their time with a winning organization is an invaluable asset for other teams, especially in a copycat industry like pro sports.

“I think that it speaks to what’s now become sort of the Boston model,” Bruins owner Jeremy Jacobs said. “People do want to copy what you’re doing because of the success we’re seeing. We didn’t win this year, (but) we got to the Final the year before — these are enviable positions to be in.”

While the Bruins likely will have to make at least one change within their hockey operations staff, Jacobs still has plenty of confidence in the organization’s top decision-makers.

“I think they have met and exceeded our expectations, my expectations at least,” Jacobs said. “I think we?ve done a terrific job to create a winning institution. I think we have delivered on what we promised.” 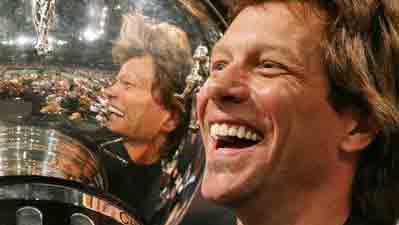