Danny Ainge Holds No Shortage Of Options With Celtics This Offseason (Poll) - NESN.com Skip to content Immediately, the Nets got better while the Celtics got worse. As evidence, only one of those two teams is currently playing right now in the NBA playoffs. Hint: It is not the Celtics.

But in the NBA, teams often have to get worse temporarily to get better in the long run. This is not always true — the San Antonio Spurs have managed to stay pretty awesome for going on two straight decades — but, in general, it helps. Celtics fans were admirably patient with their team through this last difficult season.

Now, year one of the rebuild has passed, though, and it is time for the fans to see some progress.

Everyone has an opinion on how Ainge should go about rebuilding the most championship-laden franchise in NBA history. Should he go the quick route and dump every asset on hand for established players? Should he move slowly, utilizing as many as 10 first-round draft picks to build a squad that could result in a decade-long reign? Should he see what Rajon Rondo and coach Brad Stevens can do with the limited resources he has given them before he makes a major move?

Check out a few options Ainge could pursue, then share your thoughts in the poll and comments below.

Trade Rondo. Based on the results of a previous poll, this would be an unpopular route for the majority of fans. Rondo remains a favorite despite some missteps, including his highly publicized decision not to accompany the team to a road game in Sacramento that he was scheduled to sit out anyway. More importantly, Rondo remains an elite player on the court when he is at full strength — something he rarely was last season.

Trade Jeff Green. It is hard to find anyone who doesn’t whole-heartedly endorse this course of action. It’s easier said than done, though. Green is due more than $18 million over the next two seasons, if he exercises his player option for 2015-16, and so far his production has not approached what most teams expect at that cost.

Use their picks. If everything comes up green, the Celtics could have as many as 10 first-round picks in the next five years and potentially 17 picks overall. In other words, they could have a full starting five and more than enough young players to fill a roster within a half-decade if they simply make use of what they have. Obviously, that is a gross oversimplification, since draft picks seldom work out so reliably. The point is, the Celtics are in good shape, draft-wise.

Trade up/down in this draft. Nobody even knows where the Celtics’ first pick will be in June, as the lottery has yet to be held, but it is looking like they could be just outside the cherished top three picks. In all likelihood, they cannot stand pat and have a shot at Andrew Wiggins, Jabari Parker and Joel Embiid. Ainge does not seem to be a huge fan of any of those three, but he could be playing coy for a big deal on draft night.

Trade for future picks. Ainge has consistently stated he does not love the talent in this draft. So, why not fold this hand entirely? By trading out of the draft, Ainge might position the Celtics for even better talent in the coming years.

Trade for impact players. Note that we did not say “stars.” While it is a nebulous term, “stars” are typically hard to come by. Some observers categorize Rondo as a star, which means the Celtics already have a “star” to build around. Kevin Love is considered a star, but it is also questionable how many casual fans have even seen him play. If you insist Ainge should pull a repeat of the summer of 2007, you had better have specific names in mind — as well as suggested avenues to get them.

Trade for developing players. This would be the baseball approach. Every July, Major League Baseball contenders deal minor league prospects for struggling teams’ studs. In the Celtics’ case, they could dangle Rondo, Green, picks or even a young player like Jared Sullinger or Kelly Olynyk if they deem some young talent to be an upgrade over their own.

What would you like to see Ainge and the Celtics do? Cast your vote in the poll below. 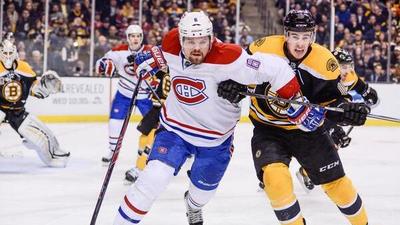