Two officials briefed on the case told The Boston Globe that Hernandez has been indicted on two counts of first-degree murder.

Police reportedly had been investigating Hernandez for his alleged involvement in the drive-by shooting that killed Daniel de Abreu and Safiro Furtado since shortly after he was arrested and charged with the murder of Odin Lloyd last June.

The families of Abreu and Furtado have filed wrongful death lawsuits against Hernandez, according to FOX 25.

The former tight end will enter a not guilty plea on the latest indictment, according to David Frank of Massachusetts Lawyers Weekly.

UPDATE (12:01 p.m.): The Suffolk County D.A. confirmed the indictment late Thursday morning, specifying that Hernandez has been indicted on two charges of first-degree murder as well as additional gun and assault charges related to the shooting.

Hernandez’s cousin, Tanya Singleton, has also been indicted for criminal contempt of court for failing to testify in front of a grand jury after being granted immunity.

Conley also announced the investigation’s determination that Hernandez and the two victims did not know each other, and that the shooting was the result of a “chance encounter” at a Boston nightclub.

?For us, this case was not about Aaron Hernandez,” Conley said. “This case was about two victims, who were stalked, ambushed and senselessly murdered on the streets of the city they called home.”

?This was a chance encounter where two young men were out … and basically had an encounter that led to their deaths,? Commissioner Evans added. ?I remember going to the scene that morning. … It was a terrible tragedy.? 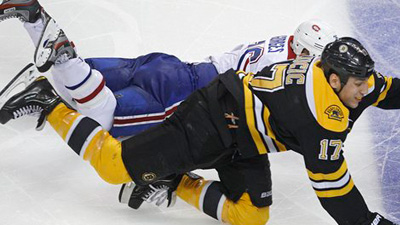