LONDON — Petra Kvitova overwhelmed Eugenie Bouchard 6-3, 6-0 in less than an hour Saturday to win Wimbledon for the second time.

The Czech left-hander completely outplayed the 20-year-old Canadian — playing in her first major final — with her big serve, aggressive returns and flat groundstrokes.

Kvitova, the 2011 champion, put on a clinic of power tennis, ripping baseline winners off both wings and leaving Bouchard looking helpless. Kvitova won the final seven games, finishing with another clean winner — a cross-court backhand.

Bouchard was the first Canadian to reach a Grand Slam final.

She was named after Britain’s Princess Eugenie, granddaughter of Queen Elizabeth II. The princess was watching from the front row of the Royal Box. 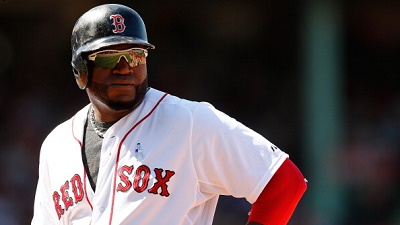 David Ortiz Out Of Red Sox Lineup In Game One Of Doubleheader Vs. O’s

Report: Avery Bradley Could Have Gotten Larger Contract From Another Team