Alec Baldwin looks really confident bordering on cocky in anything he does, and that includes hanging out at a tennis tournament.

The famous actor — dressed in a suit for some reason — took in a U.S. Open tennis match between Maria Sharapova and Maria Kirilenko on Monday night, and he became the center of attention for a few moments.

After one of Kirilenko’s shots went over Sharapova’s head, the ball bounced into the stands. That’s where Baldwin was waiting, and he was able to make a grab on the stray souvenir before quickly throwing it to a ball boy.

“I don’t play tennis well, but I can catch a slow-moving tennis ball,” Baldwin told ESPN. 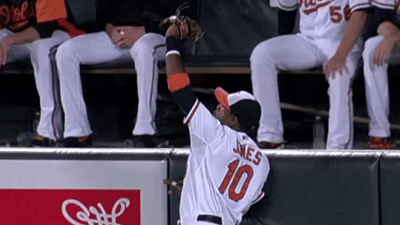