The New England Patriots are lucky that there are over three weeks left until the regular season. The injuries are starting to pile up, and nearly a quarter of the team’s roster could miss Friday night’s preseason game against the Philadelphia Eagles because of various ailments.

Additionally, offensive tackle Nate Solder left Thursday’s walkthrough early with a member of the Patriots’ medical staff, and rookie defensive tackle Dominique Easley (knee) participated in the walkthrough, but might need another week of practice before making his preseason debut.

Friday’s game starts at 7:30 p.m. Check out which Patriots’ players you should be watching closely:

Travel back in a Delorean (or a hot tub time machine), and tell a Patriots fan from 2011 that the Patriots are content to roll with Maneri as their lone tight end in a preseason game. It’s amazing how the Patriots have changed their offense since Aaron Hernandez was arrested and Gronkowski was hit with the injury bug.

Maneri was a college tight end who switched to offensive line after going undrafted in 2010. He spent his entire rookie season on the Patriots — first on the active roster, then on the practice squad — before being cut in September 2011. Now he’s trying to make the Patriots as a tight end. We’ll see how the adjustment is going on Friday night, when Maneri should see action in all four quarters.

Garoppolo was struggling big time in training camp until last week when the rookie broke out against the Washington Redskins in the Patriots’ preseason opener. Since then, Garoppolo has looked like a different, much more polished quarterback. Garoppolo is pushing Mallett for the No. 2 role right now, and another poor performance from the veteran backup could give the rookie an inside track for the job.

White continues to impress everyone — fans, media, coaches, teammates — in practice, but he, along with the rest of the Patriots’ running backs, had a tough time against the Redskins. White has three more games to prove that he deserves to crack the Patriots’ running-back-by-committee in 2014.

Finch was erratic last Thursday night — to be nice — muffing a punt and fumbling a kick return on special teams, and completely ignoring a target from Mallett on offense. Another performance like that could get the severely undersized rookie cut from the team.

LaFell appears to be improving his chemistry with Brady on the practice field. With Brady set to make his 2014 preseason debut, this will be our first chance at seeing the starting quarterback and his big-bodied receiver in game action.

There’s still plenty of time left before the 2014 season, but based on training camp reps, it looks like Ryan Wendell and Dan Connolly are competing for the Patriots’ starting center job, and Devey and Kline are competing to start at right guard. Both players struggled on Thursday night, but it’s evident that the Patriots believe in both offensive linemen who went undrafted in 2013.

The Patriots need a consistent pass rusher behind Chandler Jones and Rob Ninkovich (unless Belichick decides to overwork his starters for a second straight year), and Buchanan offers the most upside on the roster. The 2013 seventh-round pick needs to prove he can consistently generate pressure.

Fleming could start for the Patriots with Anderson and Mayo likely out on Friday night. Fleming offers versatility, but he should see most of his time at outside linebacker in a 3-4 “regular” defense.

Butler was the star of the Patriots’ first preseason game, but the rookie cornerback has to prove that he’s not this year’s version of Zach Sudfeld, who peaked early last year in training camp and preseason.

Watch to see if the Patriots throw out any new wrinkles at safety in Friday night’s game. Arrington or fellow cornerback Logan Ryan could see snaps at safety in nickel or dime packages. 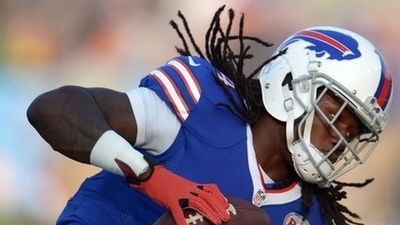 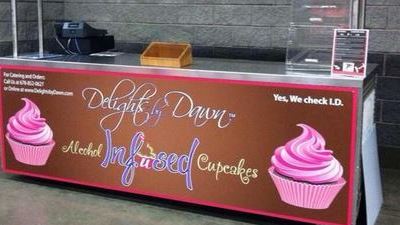 Atlanta Falcons Will Sell Alcohol-Infused Cupcakes At Games This Season