End of Overtime, 3-3: We need a shootout to decide this game.

Overtime, 0:45, 3-3: Patrice Bergeron shoots a wrister from the left faceoff circle but it’s saved and covered up for a faceoff. Best scoring chance of the overtime period so far.

Third Period, 18:30, 3-3: David Pastrnak had a great scoring chance but couldn’t beat Petr Mzarek with a wrist shot after faking a slap shot from the right faceoff circle.

Third Period, 10:16, 3-3: Patrice Bergeron scores on the power play to complete a hat trick. Carl Soderberg made a slick pass from the behind the goal line and Bergeron beat Petr Mrazek stick side.

Third Period, 9:06, 3-2 Detroit: Boston is going to the power play after a Dan Cleary penalty for high sticking.

Third Period, 3:14, 3-1 Detroit: The Bruins have gotten one back. Patrice Bergeron has scored his second goal of the game on a backhand shot while falling to his knees. Just another amazing play by Boston’s best forward. Dougie Hamilton picked up an assist on the goal.

Third Period, 0:01, 3-1 Detroit: The final period of regulation is underway. I don’t see David Krejci on the bench to start the third period.

Second Period, 18:11, 3-1 Detroit: Boston kills off the penalty and we’re back to even strength.

Second Period, 16:11, 3-1 Detroit: Chris Kelly has taken another penalty, and Detroit will return to the power play (2-for-3 tonight).

Second Period, 12:14, 3-1 Detroit: The Red Wings strike again on the power play and lead by two goals for the first time tonight. Andrej Nestrasil redirected a shot from Danny DeKeyser past Tuukka Rask.

Second Period, 11:06, 2-1 Detroit: Chris Kelly has taken an interference penalty and Detroit will go back to the power play. The Red Wings are 1-for-2 with the man advantage tonight.

Second Period, 11:04, 2-1 Detroit: David Krejci has left the bench and went down the tunnel toward the Bruins locker room. Carl Soderberg has moved up to center the top line alongside Milan Lucic and Loui Eriksson.

Second Period, 4:33, 2-1 Detroit: Xavier Ouellet blasts a shot from the high slot, and the puck goes off of Tuukka Rask’s gloves and falls behind the goal line for a power-play goal.

Second Period, 3:27, 1-1: Matt Fraser has taken a minor penalty for high sticking. Detroit returns to the power play; it is 0-for-1 so far.

Second Period, 3:14, 1-1: Patrice Bergeron has tied the game with his second goal of the preseason.

First Period, 19:16, 1-0 Detroit: The Red Wings kill the penalty and we’re back to even strength.

First Period, 17:16, 1-0 Detroit: Shortly after a failed wraparound attempt by David Pastrnak, Bruins winger Matt Fraser was hit hard along the end boards and got up a little slowly. Brian Lashoff was given a two-minute penalty for roughing on the play, giving Boston its first power play of the game.”

First Period, 13:06, 1-0 Detroit: Riley Sheahan has opened the scoring for Detroit with a shot that beat Tuukka Rask glove side. Tomas Jurco and Kyle Quincey picked up assists.

First Period, 11:09, 0-0: Matt Bartkowski sends a backhand pass across the crease and it nearly leads to a Red Wings goal, but Tuukka Rask makes a point-blank save to keep the game scoreless. A bad turnover by Bartkowski.

First Period, 2:04, 0-0: Carl Soderberg takes a hooking penalty and the Red Wings go the power play for the first time.

5:00 p.m.: The Bruins will take on the Detroit Red Wings on Saturday evening at TD Garden in the preseason finale.

The B’s made headlines earlier in the day by trading veteran defenseman Johnny Boychuk to the New York Islanders in exchange for three draft picks.

As for the game, several players are auditioning for a spot on the NHL roster, a group that includes center/winger Ryan Spooner and 2014 first-round draft pick David Pastrnak. Both played in Friday’s 6-1 win over the New York Islanders and combined for four points (Spooner had two goals and one assist, Pastrnak picked up an assist.). 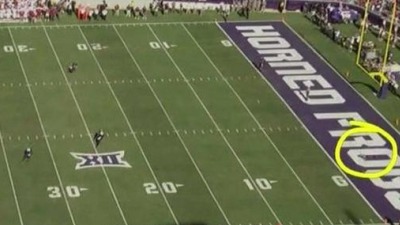 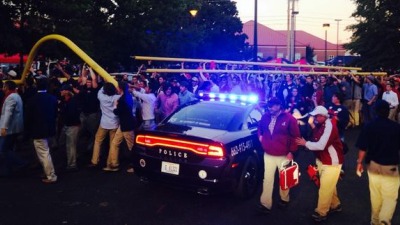