Darnell Dockett was inactive for the Arizona Cardinals, so he found a way to entertain himself during Sunday’s game against the Oakland Raiders.

The defensive end used a whiteboard to communicate with Raiders fans in the O.co Coliseum stands behind him as the Cardinals went on to win 24-13.

The loss left Oakland with a 0-6 record, which Dockett illustrated on the board, just in case the fans didn’t already know. He also made sure the fans knew they rooted for the “Worst Team in NFL” — and he included a smiley face for good measure.

Judging by the goofy grin on his face, Dockett had a good time despite not seeing any action. 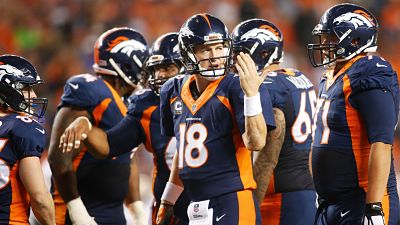