Before this week, the idea of the Boston Celtics coming back from 23 points down in a game would have seemed highly unlikely.

The thought of them doing so without the services of Rajon Rondo, Jared Sullinger and Avery Bradley might have been met with audible laughter.

Boston’s second unit played like an All-Star team against the Washington Wizards, scoring a franchise-record 82 points in a furious comeback to force one overtime, then another before ultimately coming up just short by a final score of 133-132.

“If anybody should know that a 20-point lead isn?t safe in this league,” Celtics coach Brad Stevens told reporters after the game, “it?s us.”

The Wizards’ lead sat at an even 20 when Stevens subbed in Marcus Smart, Evan Turner and Brandon Bass at the 5:20 mark of the third quarter — a routine substitution package. What wasn’t so routine was the fact that Smart and Turner proceeded to remain on the court for the next 30 minutes and 20 seconds.

Bass played all but 20 of those seconds. Kelly Olynyk, who had relieved Sullinger a minute earlier, did not leave the game until he fouled out nearly three minutes into the second overtime.

Why did Stevens stick with his backups for so long? Simple: They were getting the job done.

And play they did.

The Celtics outscored the Wizards 34-18 in the fourth quarter, with 30 of those points coming from bench players (Jeff Green, the only starter to play significant minutes down the stretch, had the other four). Wizards coach Randy Wittman reinserted his entire starting five at the halfway mark of the frame. It didn’t matter.

Turner and Olynyk went shot-for-shot with John Wall, Bradley Beal and Paul Pierce, with Turner drilling a corner three with 0.6 seconds remaining to send the game into overtime. Turner, Olynyk, Smart and Bass all finished the game in double figures.

It wasn’t until the unit was split up that the Celtics began to crack. Olynyk picked up his fifth and sixth fouls within a 13-second span in the second extra session, forcing him to the bench and allowing the John Wall show to take over.

Boston managed to score just two points the rest of the way while Wall poured in 10 by himself, including a final and-one layup with 44 seconds remaining that proved to be the game-winner.

?It hurt big-time,” Stevens said of losing Olynyk. “He was rebounding, he was facilitating, he was being guarded — that?s a big part, when they have to guard you. That hurt, but it?s part of it.”

The Celtics got the ball back with a chance to win, but Turner’s pull-up jumper missed the mark.

“I got the shot I wanted,” Turner told reporters in the locker room. “I work on that shot every day in practice. … It felt good. It just missed.” 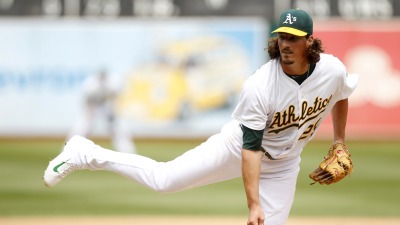 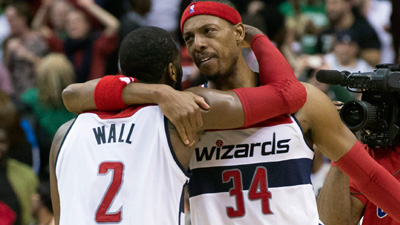