Darrelle Revis might have beat out Nantucket as Bill Belichick’s favorite island in New England.

Signing Revis was considered a safe move back in March, and it turned out to be a pretty savvy one too, as the Patriots turned out their best defensive season in years.

Revis revolutionized the Patriots’ defense, allowing them use more man coverage than in years past while experimenting with different coverages and pass-rush looks. Revis wasn’t perfect, but he also matched up against some of the best wide receivers in the NFL, like Brandon Marshall, Jordy Nelson, Randall Cobb and A.J. Green.

NESN.com tracked receptions, targets, yards, touchdowns and interceptions allowed this season. Check out how the Patriots fared in coverage: This first graph is sorted by total yards allowed. Revis gave up the most yards this season, but cornerbacks are targeted more than any other defensive position, and Revis nearly doubled any other player at his position’s coverage snaps on the year, since Brandon Browner served a suspension to begin the season, and Kyle Arrington, Logan Ryan, Malcolm Butler and Alfonzo Dennard rotated in the No. 3 role. Revis’ 67.9 passer rating is the most impressive among cornerbacks. Revis picked off two passes himself, and two more were intercepted by teammates on targets to the No. 1 cornerback. His passer rating against drops to 57.2 when those interceptions are included. He basically turned opposing quarterbacks into Ryan Lindley and receivers into Cecil Shorts. This chart is sorted by snaps per reception, a metric created by Pro Football Focus. Obviously, the fewer receptions a defensive back gives up, the better.

Safety Duron Harmon will rank well in all of these advanced categories, since he was targeted just twice on the season while playing situationally as a deep-high safety, and he didn’t allow a single reception while picking off one pass. Harmon served very well in his specialized role this year.

Devin McCourty ranks well in this category, as well, since he allowed just 11 catches on the season.

Revis did a great job preventing receptions, allowing one every 17.6 times he was in coverage. This chart is ranked by yards per snap. Revis and Arrington are the only cornerbacks who allowed fewer than 1 yards per snap they were on the field. Arrington had another stellar season in the slot, allowing just a 52.3 completion percentage while mostly covering shallow, high-percentage routes.

Revis led the Patriots in total yards allowed, but this chart puts those yards in a much better context, since he actually leads Patriots cornerbacks in yards per snap.

It’s not surprising that Browner allowed over a yard per snap, since he mostly covers big targets who are more prone to run longer routes.

Collins and Hightower rank much closer in this category than in snaps/reception. Hightower always does a nice job of preventing big plays when he allows a catch. This final chart ranks snaps per target. If a player isn’t targeted heavily when he’s on the field, that likely means he’s doing his job well in coverage.

Revis was targeted once every 8.3 times he was in coverage. Rookie Butler was targeted heavily every time he was on the field, averaging 3.7 snaps per target.

It’s not surprising that defensive linemen Rob Ninkovich and Chandler Jones were targeted heavily when they dropped back, since they specialize in pass rush. 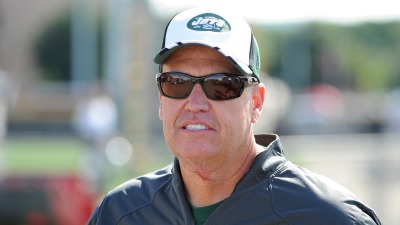 Report: Rex Ryan To Interview With ESPN After Being Fired By Jets 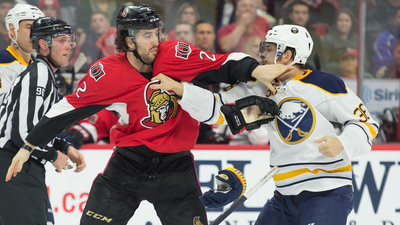