Jets Owner Woody Johnson: 'I'd Love For Darrelle (Revis) To Come Back' - NESN.com Skip to content

Darrelle Revis’ season isn’t over yet, but the New York Jets already are trying to court him.

Jets owner Woody Johnson held a news conference Monday after firing general manager John Idzik and head coach Rex Ryan, and he immediately threw the former under the bus. Johnson claimed that the decision not to pursue Revis this offseason, which led to him signing with the New England Patriots, wasn’t his.

“Darrelle is a great player, and if I thought I could have gotten Darrelle for that, I probably would’ve taken him,” Johnson said, via NFL.com. “And it was our best judgment to do what we did. Darrelle’s a great player — I’d love for Darrelle to come back.”

New York will have a ton of cap space this offseason, and it’s expected that New England won’t exercise Revis’ $20 million team option, so the Jets very well could be going after the cornerback soon. But as NFL.com’s Dan Hanzus pointed out, Johnson’s comments might have been too soon, and the league could actually view them as a tampering situation. It also should be interesting to see if Revis even is interested in a return to the Jets after they cleaned house.

If the Patriots don’t pick up Revis’ option, though, the Jets likely won’t be the only other team interested, so there’ll be a bidding war regardless. 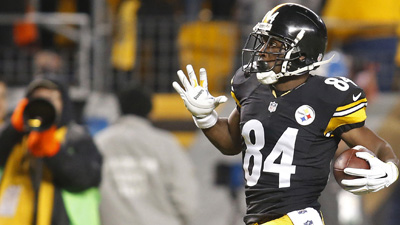