Andrew Luck Is Kind Of A Dork, Uses 'Lord Of The Rings' Audibles At Line - NESN.com Skip to content

Andrew Luck is one of the NFL’s best young quarterbacks, but it also sounds like he’s one of the league’s nerdiest players.

Luck and the Indianapolis Colts will be in Foxboro on Sunday to take on the New England Patriots in the AFC Championship Game. It’s the latest chance for Luck to take the next step in becoming an elite quarterback.

Luck’s play obviously is impressive, but away from the field, it’s a different situation. He’s a little bit of a nerd, according to his teammates.

Offensive lineman Anthony Castonzo did an interview with 98.5 The Sports Hub’s “Toucher and Rich” on Wednesday morning, and he shed a little light on the life Luck leads when he’s not immersed in football. Castonzo was asked if Luck is a “huge dork.”

“He does a lot of reading,” Castonzo said when asked about his quarterback’s interests. “So he was an architect major at Stanford, and (one day) he was reading a book about the history of concrete.”

Luck’s apparently a bit of a science-fiction fan, too. Colts punter Pat McAfee was on “The Dan Patrick Show” on Wednesday, and he said sometimes that bleeds into Luck’s dummy calls at the line of scrimmage.

At the very least, Luck seems to be a pretty zany dude. He’s the same guy who uses compliments as a way of trash talking. The Patriots are hoping they’ll be able to quiet him in more ways than one Sunday. 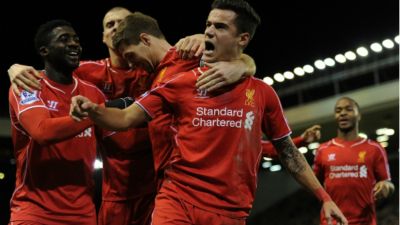