Trailing by 14 points to the Baltimore Ravens, the New England Patriots head coach pulled out an alignment so rare that opposing head coach John Harbaugh declared “nobody?s ever seen that before.”

Patriots starting center Bryan Stork suffered a game-ending injury early in the second quarter, and newly-inserted right guard Josh Kline was struggling. The Patriots weren’t having success running the ball anyway, so they pulled Kline from the game in their second drive of the third quarter and made running back Shane Vereen ineligible, splitting him out, sticking him on the line and designating him as an offensive lineman.

Vereen couldn’t run a route, because he was ineligible, but he still could run backwards and catch a lateral from quarterback Tom Brady, so he still needed to be covered. That didn’t make Harbaugh very happy.

“Yeah, it?s a substitution type of a trick type of a thing,” Harbaugh said after his team lost to the Patriots 35-31 in the AFC divisional round of the playoffs. “So they don?t give you the opportunity, they don?t give you the chance to make the proper substitutions and things like that. It?s not something that anybody?s ever done before. The league will look at that type of thing and I?m sure that they?ll make some adjustments and things like that.”

Harbaugh actually was penalized for unsportsmanlike conduct for coming onto the field and yelling at officials over the alignment, which the Patriots used three times — twice with Vereen and once with tight end Michael Hoomanawanui, who stayed in on the line to block.

“Yeah, we wanted an opportunity to be able to ID who the eligible players were, because what they were doing was they would announce the eligible player and then time was taken and they would go over and snap the ball before we even had the chance to figure out who was lined up where, and that was the deception part of it,” Harbaugh said. “And that was where it was clearly deception.

“So the officials told me after that they?d give us the opportunity to do that, which they probably should have done during that series but they didn?t really understand what was happening. That?s why I had to go and take the penalty, to get their attention so that they would understand what was going on because they didn?t understand what was going on. And they said that that was the right thing, that they?d give us the chance to ID the eligible receivers so we could actually get them covered. That?s why guys were open, because we didn?t ID where the eligible receivers were at. So, that?s the nature of that particular thing they were doing, that?s what made it so difficult.”

Harbaugh chose not to comment was asked if he viewed the alignment as being “cheap or dirty.”

Patriots quarterback Tom Brady seemed to believe that the Patriots were playing by the rules, however.

“Maybe those guys gotta study the rule book and figure it out,” Brady said. “We obviously knew what we were doing and we made some pretty important plays. It was a real good weapon for us. Maybe we?ll have something in store next week.”

Belichick also didn’t seem to think there was anything special about the three plays.

“It?s a play that we thought would work,” Belichick said. “We ran it three times, a couple different looks. We had six eligible receivers on the field, but only five were eligible. The one who was ineligible reported that he was ineligible. No different than on the punt team or a situation like that.”

The Patriots obviously view the play as fair and honest, while opposing teams and fans will chalk it up to another example of the Beli-cheater. Sometimes winning is more important than making friends. 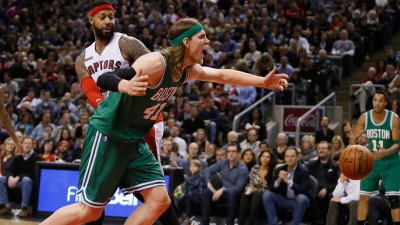