DeflateGate brought out the emotional side of Mark Brunell.

In an “NFL Live” segment that immediately followed Tom Brady’s press conference Thursday, the ESPN analyst reacted strongly toward the New England Patriots quarterback’s explanation. Brady denied any wrongdoing in the case of the deflated footballs, leading Brunell to essentially call him a liar. Brunell, a 17-year NFL veteran, began to choke up as he talked about not believing Brady, even coming near the point of tears.

“One was surprise,? Brunell told Deitsch, per SI.com. ?I didn?t expect Tom to say that. Two, I guess I was disappointed. I truly expected him to take some of the blame. I expected him say, ‘You know what? I am on the record that I like the balls deflated, and that is my preference. I asked the equipment guys if we could get it to that point and I didn?t realize they would be deflated that much.

“I made a mistake. I won?t let it happen again. Hopefully, we can go forward, but this is something certainly going forward, I?ll make sure we are within the league limit on that footballs.’ That?s what I thought he would say, but it just didn?t happen.?

?It just doesn?t add up to me,? Brunell added. ?The balls were deflated, and in my experience with equipment guys is they have one job: Take care of the personal preferences of each player, especially the quarterback. It just didn?t add up, and that?s why I was surprised.? 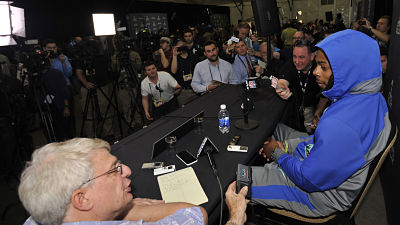 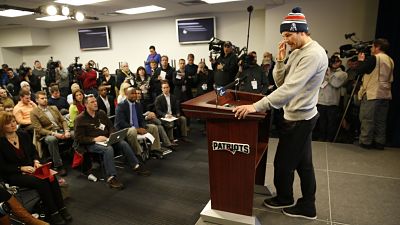 Tom Brady: ‘My Feelings Got Hurt’ During DeflateGate Controversy