The New England Patriots waited to open their bag of tricks until their backs were against the wall.

Only time will tell if the Patriots’ 35-31 win over the Baltimore Ravens in the divisional playoff round becomes known as the “Double-Pass Game” or the “Ineligible-Receiver Game,” but either title is worthy. The Patriots finally let wide receiver Julian Edelman, a college quarterback at Kent State, throw a pass — the results of which were predictably awesome — and they pulled out an offensive alignment only familiar to those in the particularly creative high school ranks.

Check out how some brilliant trickery propelled the Patriots to victory in this week’s film review:

QUARTERBACK
— Tom Brady was slightly off on the Patriots’ first drive, which allowed the Ravens to quickly take a 14-0 lead. Brady only had one standout negative moment after the initial drive, when he threw an interception with a little more than one minute remaining in the first half, as the Patriots were driving to take a lead.

The Ravens dropped back into a Tampa 2 with linebacker Daryl Smith tracking Rob Gronkowski, lined up on the right side of the Patriots’ line, taking the deep middle of the field. Brady simply didn’t expect Smith to be there. It also wasn’t a great throw from Brady.

— With no semblance of a rushing attack, the Patriots’ hopes of scoring entirely were on Brady’s back. He did a great job of getting rid of the ball quickly, completing short passes to shifty wideouts Danny Amendola and Edelman. When nothing was there for Brady, he wisely threw the ball away, taking just two sacks despite a shaky offensive line.

— Brady was just 2 of 5 on passes over 20 yards, but his best throw of the day was a deep ball to receiver Brandon LaFell with 5:13 left in the game. Brady hit LaFell for the go-ahead touchdown, threading the needle between two Ravens defenders.

LaFell, nursing a toe injury, didn’t get great separation from Ravens cornerback Rashaan Melvin down the left side of the field, so Brady’s throw had to be perfect.

RUNNING BACKS
— Offensive coordinator Josh McDaniels admitted Monday during a conference call that the Patriots elected not to run in this game. It was a wise move, since it’s so difficult to find room in the middle against big defensive tackles Haloti Ngata and Brandon Williams.

— Shane Vereen played 41 of 69 possible offensive snaps. He caught four passes for 39 yards but hasn’t had a true breakout game this season. Perhaps that’s coming this week against the Indianapolis Colts.

WIDE RECEIVERS
— Brady wisely found Melvin and torched him early and often for 224 yards on 15 catches and 19 targets. LaFell and Amendola each burned Melvin for touchdowns.

— It’s obvious that Brady has a ton of trust in Amendola and Edelman to get open quickly. Their quickness off the line and excellent hands were needed against the Ravens to replace a rushing attack.

— Edelman finally got his opportunity to attempt a pass after six years in the NFL. It was worth the wait, as he hit Amendola for a 51-yard touchdown over — who else? — Melvin.

The Ravens blitzed their slot cornerback and dropped down to a Cover 1. Melvin and the free safety bit hard on Brady’s lateral to Edelman, leaving Amendola wide open to streak down the field, tying the score at 28.

TIGHT ENDS
— Rob Gronkowski had a quietly dominant game with seven receptions for 108 yards and one touchdown. The Ravens elected to single-team Gronkowski for most of the game with a linebacker or safety Will Hill.

— The Patriots were able to involve tight end Michael Hoomanawanui, who caught four passes for 43 yards. The Patriots used some trickery to get him open by going with an unbalanced line.

OFFENSIVE LINE
— Left tackle Nate Solder led the team with seven pressures allowed, including a sack and two quarterback hits. He had a difficult matchup against Terrell Suggs.

— Left guard Dan Connolly looked back to 100 percent after taking time off to nurse various injuries. He allowed just two hurries. Right guard Ryan Wendell moved to center when rookie Bryan Stork left the game with a knee injury. Wendell allowed a hurry and a sack.

— Josh Kline played right guard after Wendell moved to center and allowed five hurries in limited action. The Patriots’ depth on their interior offensive line is dangerously shallow, and Stork’s injury could have a major impact in the AFC Championship Game.

— The Patriots’ offensive line had trouble opening holes in the rushing game, forcing the team to give up on running the ball. The Patriots didn’t hand off the ball a single time in the second half.

— In the Patriots’ second drive of the second half, they went with just four offensive linemen and made Vereen ineligible on two snaps and Hoomanawanui on one. The alignment confused the Ravens and allowed the Patriots to drive down the field and cut the Ravens’ lead to seven points. In the top image, Vereen (circled in yellow) was the ineligible receiver and Hoomanawanui (circled in red) was lined up at “left tackle.” Hoomanawani streaked down the field wide open for a 16-yard reception while Vereen ran straight backward, able to catch a lateral from Brady.

— On the Patriots’ second four-offensive lineman play, Hoomanawanui (yellow) was the ineligible receiver and Gronkowski (red) lined up at “left tackle.” The Ravens scrambled to try to cover everyone, and Edelman popped open for an 11-yard catch.

— On the Patriots’ third and final four-offensive lineman play, Vereen (yellow) again was ineligible, while Hoomananwanui (red) again was the “left tackle.” Brady found Hoomanawanui for a wide-open 14-yard gain. Brady capped the drive with a 6-yard touchdown pass to Gronkowski over Hill, cutting the Ravens’ lead to 28-21.

DEFENSIVE LINE
— The Patriots’ defensive line was pushed around by the Ravens’ offensive line, especially in the rushing game. The Patriots allowed 129 yards on 24 carries to running back Justin Forsett. Vince Wilfork and Sealver Siliga, both usually dominant against the run, had up-and-down performances.

— The Patriots used a 3-4 base defense with Rob Ninkovich and Chandler Jones standing up at outside linebacker. In sub packages, Jones and Ninkovich put their hands in the ground and rushed from defensive end. Jones led the team with 10 hurries, though the Patriots weren’t able to sack quarterback Joe Flacco.

LINEBACKERS
— The Ravens must have noticed a weakness in Jamie Collins’ game since they ran straight at the Patriots’ linebacker. He led the team in tackles, but he also didn’t appear to be aggressive enough filling his gaps. Collins’ best play, a forced fumble and recovery on a strip sack, was called back by a holding penalty on cornerback Darrelle Revis.

— The Patriots’ defense was more aggressive in the second half, and Dont’a Hightower blew up multiple running plays.

The Patriots went small in their nickel set with a three-man line and Chandler Jones playing five-technique defensive tackle. Hightower and Ninkovich played outside linebacker, and Hightower owned receiver Torrey Smith to stop Forsett for no gain. The play wouldn’t have been possible without cornerback Kyle Arrington blowing up lead blocker and left tackle James Hurst, however.

CORNERBACKS
— Revis was called for two penalties in the game: a very questionable pass interference call near the end of the second quarter and holding late in the third quarter. Revis allowed two catches on four targets for 22 yards and a touchdown, so it wasn’t a bad performance.

— Brandon Browner was burned on a costly reception/pass interference combination early in the third quarter, allowing the Ravens to take a two-score lead. He came out of the game later with a knee injury. Logan Ryan took Browner’s place and did a solid job against receiver Torrey Smith.

— The Patriots mixed man and zone coverages, though they stayed in Cover-1 man for most of the game (24 snaps). They played Cover-3 zone for 12 snaps and Cover-2 man for 10. The Patriots also dropped into quarters twice. The Patriots’ heavy usage of Cover 3 and Cover-2 man shows how much they respected Flacco’s deep ball. They might have a similar game plan this week against the Colts.

SAFETIES
— Devin McCourty had one of the best games of his NFL career as he seamlessly switched between playing free safety and dropping down into man coverage against tight ends and receivers. He allowed only one catch for 17 yards on four targets and had two pass breakups, including the bat-down on Flacco’s last-second Hail Mary heave. McCourty also had a key interception, reading Flacco perfectly while playing single deep-high safety.

McCourty, lined up at free safety in a Cover 1, gained ground fast as soon as Flacco turned toward Torrey Smith. McCourty basically finished Smith’s route to pick off the pass.

— Second-year pro Duron Harmon filled in for McCourty when the veteran was playing in the box. Harmon filled the role perfectly, pulling in the game-clinching interception late in the fourth quarter.

The Patriots matched up (from top to bottom) Logan Ryan on Torrey Smith, Kyle Arrington on slot receiver Marlon Brown, Patrick Chung and Tavon Wilson bracketing tight end Owen Daniels, McCourty on receiver Kamar Aiken and Revis on Steve Smith. Harmon played free safety, and his assignment was to double Torrey Smith over the top. With Brown, Daniels, Aiken and Smith blanketed, Flacco fell into the Patriots’ trap and threw the pick to Harmon.

— Chung allowed a touchdown to Aiken, but he also had two pass breakups, including a fourth-quarter touchdown-saving play on third down when the Ravens were in the red zone. 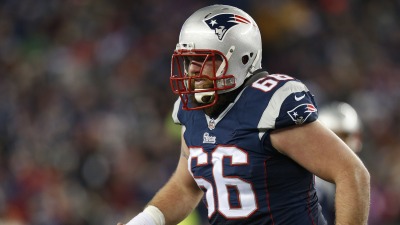 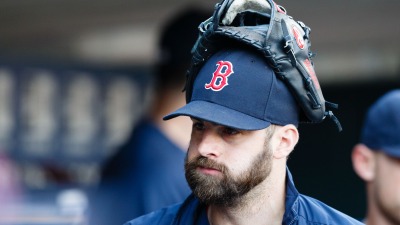