The Dallas Cowboys’ win over the Detroit Lions on Sunday came with plenty of controversy.

The ‘Boys rallied from a 10-point deficit at halftime to pull out a 24-20 NFC Wild Card Game victory, but they did it thanks in part to a pass interference call midway through the fourth quarter that was mysteriously taken back.

Detroit held a 20-17 lead and faced a third-and-1 at the Dallas 46 yard line when Cowboys linebacker Anthony Hitchens committed pass interference on Matthew Stafford’s throw to Brandon Pettigrew. Referee Pete Morelli announced the call, but he immediately added that there was no foul on the play.

The non-call forced the Lions to try to draw the Cowboys offsides on fourth down, but they were unsuccessful and elected to punt. And as if their luck couldn’t get any worse, Sam Martin’s punt only went 10 yards and Dallas ended up scoring the game-winning touchdown.

Former officials Mike Pereira and Jim Daopoulos expressed their puzzlement with the decision on Twitter.

Officials also failed to penalize Cowboys wide receiver Dez Bryant for being on the field without a helmet.

Still, the Cowboys will have a tall task in the divisional round, as they’re set to face the Green Bay Packers at Lambeau Field. 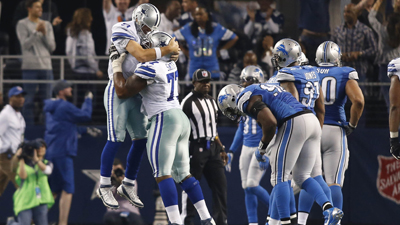 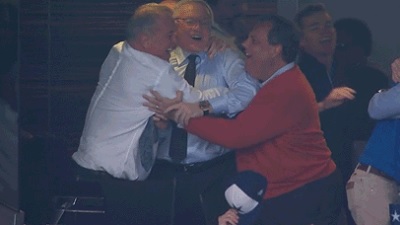