Think Isaiah Thomas was jacked up to play against his former teammates? Yeah, we’d say so.

Thomas, taking on the Phoenix Suns for the first time since being traded to the Boston Celtics last week, put on a late-game show Monday night, scoring nine of his 21 points in the final three minutes to help propel the Celtics to a 115-110 win.

The point guard’s fingerprints were all over the night’s most important sequence — the one that all but salted away the victory for the Celtics.

After Eric Bledsoe drilled a 3-pointer to cut Boston’s lead to 101-100 with 1:47 to play, Thomas buried one of his own 10 seconds later, drew a foul on the shot and turned to stare down the bench where he sat just two weeks ago.

?The four-point play by Isaiah was huge,? head coach Brad Stevens told reporters after the game.

But he wasn’t done.

Thomas missed a layup on the Celtics’ next possession but quickly proceeded to pick off a Bledsoe pass and redirect it to teammate Jae Crowder before his momentum took him out of bounds. Thomas then retrieved the ball, bled the shot clock down to five seconds and sliced his way into the lane. He evaded four Suns defenders before flipping a layup up and in, victimizing Bledsoe once again.

Though an ejection prevented him from being available down the stretch in his Celtics debut, Thomas quickly has established himself as one of Boston’s most potent scorers. He’s scored 21 points in each of his first two games with the team, and he also proved himself as a facilitator against the Suns, dishing out a team-high seven assists.

And perhaps most importantly for a Celtics team lacking a bona fide closer, Thomas loves having the ball in his hands in crunch time.

“I just love the big moment,” he told reporters after the game. “I want to be the hero.”

— Thomas said there was no ill will behind the stare-down of the Suns’ bench.

“Man, that’s just emotion,” he said. “… There’s no hard feelings between me and the Phoenix Suns. My closest friends are on that team. It’s just me going out there and doing whatever it takes to win.

Thomas also noted that he stayed at his own house Sunday night and drove to the game in his own car — not particularly surprising given that he was traded a mere four days earlier.

“It’s definitely weird,” he said of returning to Phoenix so soon. “I’m just glad it’s over with.”

— Neither Jonas Jerebko nor Luigi Datome saw playing time for the Celtics. Since being acquired from the Detroit Pistons in the Tayshaun Prince trade, the two forwards have played a total of four minutes (all by Jerebko).

— Monday was “Star Wars Night” in Phoenix, resulting in tweets like this: 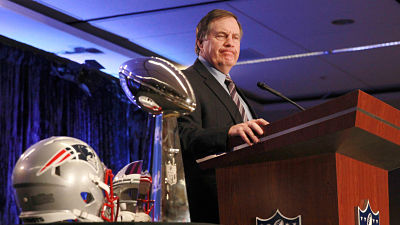