Goran Dragic wants out of Phoenix, but he’s not trying to play in Boston either.

The Celtics reportedly have expressed interest in the Suns point guard, who shed some light on his current situation Wednesday. Dragic said his relationship with the Suns essentially is over, but Boston isn’t on his list of desired destinations before Thursday’s NBA trade deadline.

“I don’t trust (the Suns) anymore,” Dragic said, per AZCentral.com. “It happens too many times. Two, three times.

“They give promises, OK. It’s hard. But at the same time, I wish them all the best. They were great to me the past five years. I’m always going to have a good memory about Phoenix fans and the city. I just hit that point of my career that it’s better for me and my family to move on.”

Dragic’s relationship with the Suns has become increasingly fraught since he returned to the team in free agency in 2012. He seemed to be the next in line to take Steve Nash’s throne, but Phoenix traded for point guards Eric Bledsoe and Isaiah Thomas in the two subsequent seasons. Now, Dragic feels out of place.

“I don’t feel comfortable with my situation,” Dragic said, via AZCentral.com. “It’s just different. Standing in the corner, it’s not my game. I see that we’re not going the right direction. That’s why I take action and try to put myself in a better position.”

For Dragic, a better position wouldn’t be Boston. Sports Illustrated’s Chris Mannix reported Wednesday that sources close to the guard say Dragic doesn’t see the Celtics as a fit. He has expressed interest in the Indiana Pacers, Miami Heat, New York Knicks and Los Angeles Lakers.

Dragic has a player option on his contract for the 2015-16 season or else he will become an unrestricted free agent. 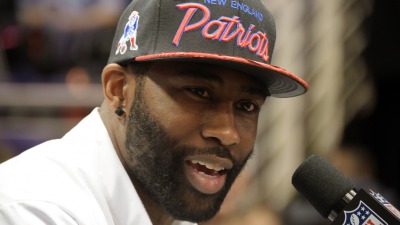