Katy Perry created some fireworks during her Super Bowl XLIX halftime show with a little help from her friends.

The pop star performed on her usual crazy, colorful stage Sunday night, while rocker Lenny Kravitz and rapper Missy Elliott put on an equally entertaining show behind her.

Perry naturally made her entrance on a giant lion and rocked out with Kravitz before changing into a beach ball dress and singing with some dancing sharks and palm trees. Missy Elliott wasn’t the secret performer the world was expecting when Perry said “jaws will drop and faces will melt,” but it was still a fun performance for fans of the early 2000s. 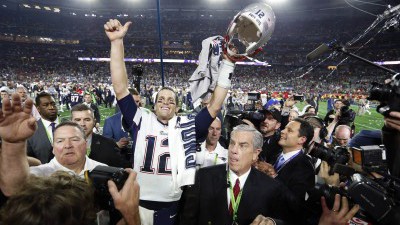