Less than one year ago, Malcolm Butler was an undrafted free agent without an NFL team. On Sunday night, he made the biggest play of his life to help the New England Patriots win Super Bowl XLIX.

The Seattle Seahawks trailed the Patriots by four points but seemed poised to take the lead after Jermaine Kearse’s ridiculous circus catch put the ball inside New England’s 5-yard line.

But on second-and-goal from the 1 and less than 30 seconds remaining, the Seahawks opted to have quarterback Russell Wilson throw the ball. Butler made them pay.

The Seahawks easily could have handed the ball to running back Marshawn Lynch, and head coach Pete Carroll took the blame for the poor decision after the game.

"I told those guys that's my fault totally." – Pete Carroll on play call on late interception

For Butler — the only player from the University of West Alabama to reach the NFL — it was an amazing way to cap off an storybook season. 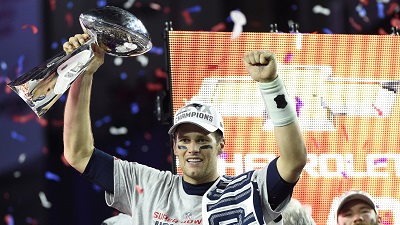