Byron Jones might be the most explosive athlete to ever compete in the NFL Scouting Combine.

The UConn cornerback broke the combine record for the broad jump with a 12-foot, 3-inch leap. The previous combine record belonged to now-New England Patriots linebacker Jamie Collins, who jumped 11-7.

Pretty sure Byron Jones is Spiderman. Will try to confirm. https://t.co/V6iW7nKkEW

The 6-foot-1, 199-pound cornerback won’t run the 40-yard dash, since he’s still recovering from surgery for a torn labrum. Jones is No. 50 on the draft rankings of NFL Media’s Daniel Jeremiah. 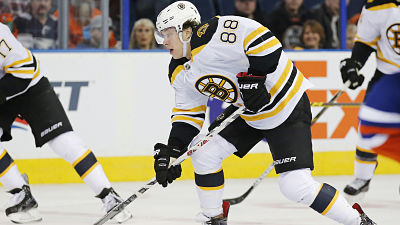