Will Ferrell To Play All Nine Positions In Different Spring Training Games - NESN.com Skip to content

Will Ferrell’s latest stunt is a pretty awesome one if you’re a baseball fan.

Ferrell, who is a huge sports fan, is going to try and play all nine baseball positions on Thursday. He’s going to do so by playing in eight different big league spring training games in Arizona.

Ferrell has taken his hijinks to the diamond before.

Way back in 2010, Ferrell made his professional baseball “debut” as a member of the Houston Astros’ Triple-A affiliate. Well, he sort of did, as he came out of the bullpen as a character — Billy Ray “Rojo” Johnson. He was promptly ejected.

Then in 2012, Ferrell and “The Campaign” co-star Zach Galifianakis made a trip to Wrigley Field and read the lineups prior to a Cubs game vs. the Miami Marlins. Ferrell threw out the first pitch for that game but not before getting a deep-dish Chicago pizza delivered to the mound. 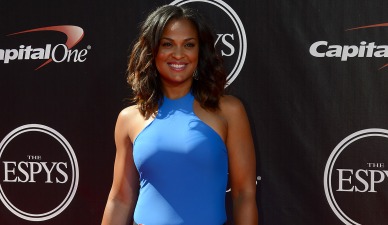 Laila Ali: ‘No Woman Can Beat Me,’ Not Even UFC Champion Ronda Rousey