We’ve seen plenty of NBA players get away with travels. But Kendrick Perkins might have just re-invented the game.

During an April 2 contest against the Miami Heat, the Cleveland Cavaliers big man received a pass at the top of the post. He then proceeded to pack his bags, hop on a plane and fly to China and back.

Allow Shaquille O’Neal to do the honors on his show, “Shaqtin’ A Fool.”

Yeah, that deserves a closer look.

To be fair, this isn’t one of those blatant travels where the player picks up his dribble at halfcourt and takes several massive strides on a breakaway. But still, you’d think after Perkins’ fourth or fifth step the referees would figure it out.

Despite the former Boston Celtic tallying less points (four) than the number of steps he took on that play (nine), the Cavs rolled to a 114-88 win. 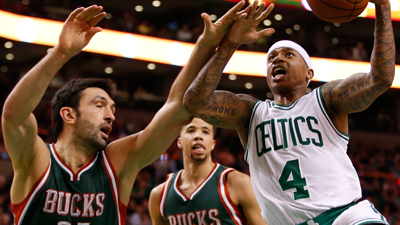 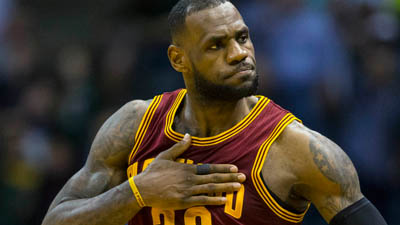 LeBron James To Play Friday Vs. Celtics: ‘I Was Never Sitting Out’