Not only does Blackhawks coach Joel Quenneville expect his star right wing to play in Chicago’s opening-round playoff series against the Predators, but Kane might be ready for Wednesday night’s opener in Nashville.

“Absolutely in the series,” Quenneville said about Kane’s return from a broken collarbone that has kept him out of the Blackhawks’ final 21 games of the regular season.

“When? We’ll have a better indication after tomorrow’s practice.”

Kane has made strong progress after suffering his injury on Feb. 24 against the Florida Panthers and undergoing surgery the next day. Originally, his return was projected at 10 to 12 weeks.

But Kane was cleared for contact and practiced with his teammates Monday. Although he wasn’t hit hard, he’s close to getting back into regular action.

Kane’s return would be a huge boost for Chicago. Kane was leading the Blackhawks with 27 goals and 64 points when he was checked into the boards hard by the Panthers’ Alex Petrovic and left that game in the first period. He also was tied for the NHL lead in points.

“We’ll see how he does again tomorrow.” Quenneville said. “I thought he had real good progress today. He got cleared for contact and handled everything pretty well.”

So could Kane be in the lineup Wednesday?

“Yeah, he could,” Quenneville said.

Kane wasn’t hit hard in practice on Monday, but said he’s nearly ready for the physical demands of a game.

“I wouldn’t necessarily call that contact,” he said of Monday’s skate at the Blackhawks practice facility. “It was more like pushing and shoving.”

Kane said his return hinges on getting medical clearance.

“I feel pretty good,” he said. “Obviously itching to play. Any hockey player who would be in this situation where you’re off for almost seven weeks (would be).

“But obviously you don’t want to go back to square one. You want to be able to contribute and be able to help the team out.” 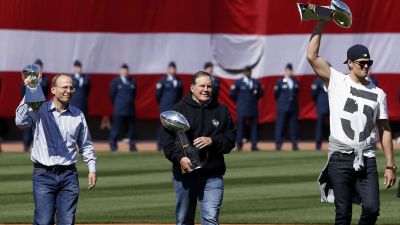 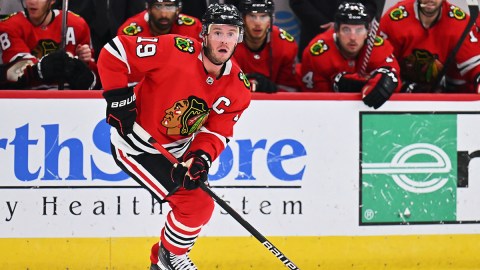 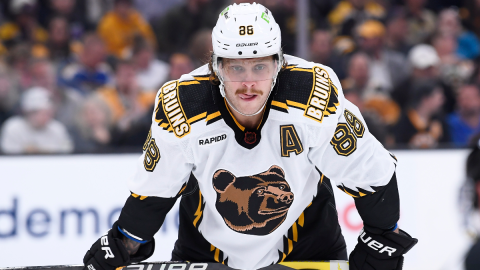