Grab your thermometers, we’ve got a hot take alert!

Milwaukee Bucks forward Jared Dudley spent the day at ESPN on Wednesday, and one of his stops included an eventful appearance on Colin Cowherd’s radio program “The Herd.”

Dudley had a lot to say about some of the NBA’s most controversial and criticized players, including Kobe Bryant, Carmelo Anthony, James Harden and Kevin Love.

Dudley is taking a lot of flak for his comments, but in reality, nothing he said is too far from the truth. For example, take his comments on Bryant.

“Most guys don?t want to play with Kobe,” Dudley said. “He gets in this thing where he doesn?t pass and then overpasses and then (he’s) trying to get triple doubles every night. So we know you have it.”

Anyone who disagrees either doesn’t watch the NBA or is a blind Kobe supporter who has no use for facts.

“Right now, the way Kobe is — especially being hurt — I mean even Jordan. You seen Jordan playing with the Wizards, he started turning it down a little bit,” Dudley explained. “He knew he didn’t have it. Kobe’s the opposite.”

Dudley went on to say the New York Knicks’ Carmelo Anthony is the most overrated player because he doesn’t play defense, doesn’t make anyone better, and he can’t get past the second round of the playoffs, let alone into them — all of which is completely accurate.

He then defended James Harden’s defense, praised Zach Randolph as the league’s most underrated player, and still had time to offer his opinion that Kevin Love couldn’t handle being teammates with Kobe and would be dumb to leave LeBron James and the Cleveland Cavaliers.

In other words, Dudley said everything we already knew. 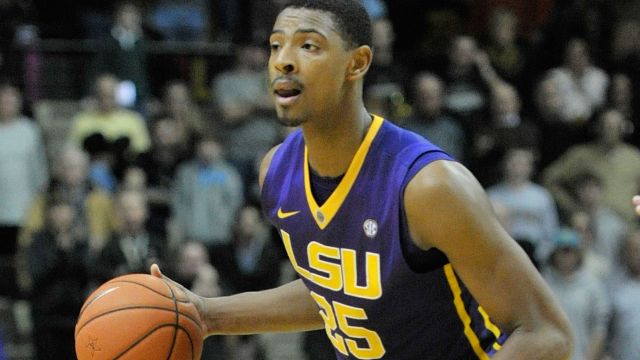 LSU’s Jordan Mickey Wants NBA Teams To Focus On His Stats, Not His Height