ANAHEIM, Calif. — The Blackhawks tried just about everything to get a puck past Frederik Andersen while Game 2 of the Western Conference finals wound through three overtime periods and deep into the night, eventually becoming the longest game in Chicago’s 89-year history.

Andrew Shaw even headed the puck into the net — which was amazing, but illegal.

After nearly 110 consecutive scoreless minutes by Chicago, Marcus Kruger got it done with plain old work in front of the net, ending a landmark game and evening a series that’s already the endurance test everyone expected.

Kruger batted home Brent Seabrook’s shot 16:12 into the third OT, and the Blackhawks earned a 3-2 victory over the Anaheim Ducks in Game 2 on Tuesday night.

Shaw and Marian Hossa scored power-play goals in the opening minutes, but Chicago couldn’t score again in the longest game in Honda Center history until Kruger got in front and forced a ricochet past Andersen, who made a career-high 53 saves.

The Blackhawks celebrated with more relief than excitement, realizing they only had about 42 hours until the puck drops for Game 3 in Chicago on Thursday.

“I just hope we don’t have any more like that,” Shaw said. “I think this helps us, and showed us what can happen if we keep sticking to it and competing. We’ll find a way to win.”

Corey Crawford made 60 saves as the Blackhawks finally handed the Ducks their second loss of the postseason.

The game was the 17th-longest in NHL history, and the longest since the Dallas Stars and San Jose Sharks went four overtimes on May 4, 2008. 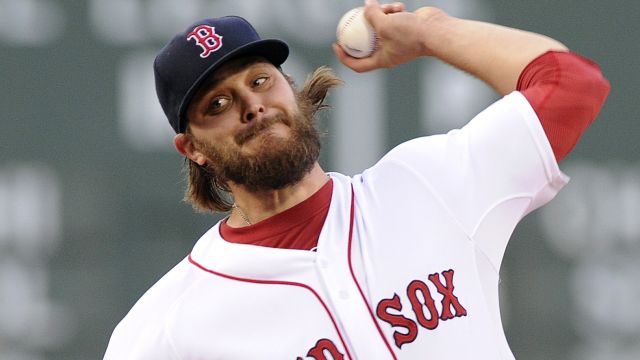