Mike Pettine learned from the best about putting his foot in his mouth.

Pettine, the Cleveland Browns head coach who served under Rex Ryan with the New York Jets for four years, spoke out about DeflateGate and the Wells Report on Friday, labeling Patriots quarterback Tom Brady a cheater.

Sorry, Ray Farmer, I guess that includes you, too. Farmer was suspended four games in 2015, and the team was fined $250,000 after the Browns general manager admitted to texting members of the organization on the sideline during games. 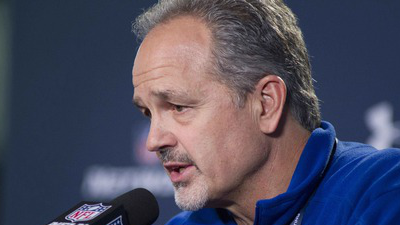 Chuck Pagano: Colts ‘Moved On’ From DeflateGate, Focused On Ourselves