LeBron James is opting out of his contract with the Cleveland Cavaliers. Again.

This comes as no surprise to the Cavaliers, who have expected James to opt out for several months, sources told ESPN on Monday. With the Cavaliers’ incredible number of free agents, James will wait until his teammates (specifically Kevin Love) have signed, adding his own influence to the roster moves before he re-signs, according to ESPN.

James’ agent, Rich Paul, also represents Cavaliers center Tristan Thompson, and Paul has stated that getting Thompson re-signed is his No. 1 priority this offseason.

James is expected to re-sign with Cleveland, which can offer him up to a $170 million contract, and he reportedly will not meet with any other teams, ESPN reported.

One of James’ former teammates also made headlines Monday, as Dwyane Wade reportedly will opt out of his contract with the Miami Heat, the only team he has ever played for during his 12-year NBA career.

Wade’s situation is a bit stickier than James’. His player option next season was set to be worth $16.1 million, but in opting out he hopes to find a new deal in the three-year range with an approximate value of $16 million per season. Wade reportedly is open to leaving Miami and “would welcome” contracts in the $20 million per year range, according to the Miami Herald.

Luol Deng opted into his Heat contract Monday, while guard Goran Dragic likely will wait and see what Wade does before deciding his own future with the team.

One thing that almost certainly won’t happen is a reunion with Wade and James in Cleveland, given the Cavaliers’ salary-cap situation. But with Miami selecting the steal of the NBA draft in Justise Winslow 10th overall, don’t be shocked if Wade suits up elsewhere next season. 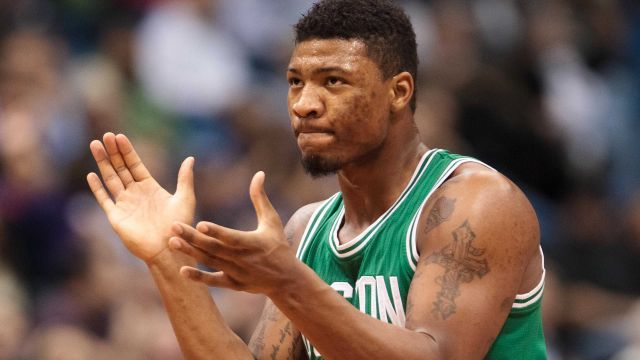