LOUDON, N.H. — Stuck in a hospital, Kyle Busch could only think about a comeback, not championship contention.

Could Busch imagine, days after a horrific crash, he would become a title contender?

Nothing seems preposterous these days for Busch, whose dormant-to-dominant run over the last two months has not only made him a regular in victory lane, but steamrolled him toward the cusp of a Chase berth.

“This is something I’m not sure we ever would have expected,” Busch said.

Busch isn’t where he needs to be in the standings quite yet. His three wins are certainly enough to earn a Chase for the Sprint Cup championship berth. He’s still outside the top 30 in points, which is the second major qualifier to race for the title in the final 10 races of the season.

Busch won at Sonoma Raceway and last week at Kentucky Speedway and is 33rd in the standings, 58 points behind David Gilliland for 30th.

“I’m not sure we’ve unleashed the beast at all,” Busch said.

Busch broke his right leg and left foot in a crash the day before the season-opening Daytona 500. He missed the first 11 races of the season, then returned in late May determined to earn a playoff spot.

Busch, who last won at New Hampshire in July 2006, said Friday he still is bothered by the leg injuries. The aches hardly seemed to matter in the No. 18 Toyota.

With Busch in the field or not, Joe Gibbs Racing has three other contenders in Carl Edwards, Denny Hamlin and Matt Kenseth. Kenseth finished sixth, Edwards started from the pole and was seventh, and Hamlin 14th. JGR took four of the top-five spots at Kentucky. Busch won and Hamlin-Edwards-Kenseth went 3-4-5.

Busch had one of his best performances in his comeback, rallying from a lap down to win. Busch, who led 95 laps, stayed out during a late pit stop to take the lead from contenders Brad Keselowski and Kenseth. 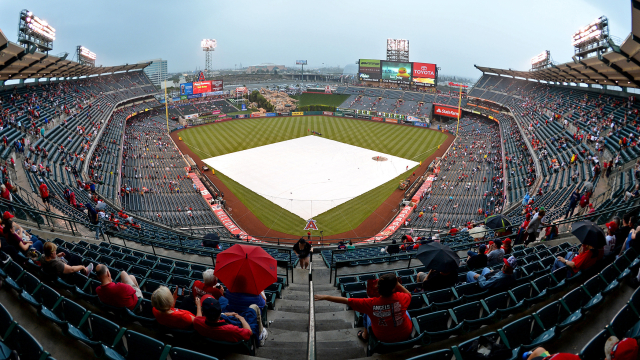