The Boston Red Sox announced Tuesday night that they have hired Dave Dombrowski to be their president of baseball operations.

Dombrowski, 59, will assume responsibility for all baseball operations matters, effective immediately, and report directly to Red Sox owner John Henry and to chairman Tom Werner. Ben Cherington declined the opportunity to continue as the Red Sox’s general manager, but he has agreed to assist Dombrowski during the transition.

?I have known Dave very well for a long time,” said Henry, who had Dombrowski as his general manager with the Florida Marlins. “Tom and I have no doubts that Dave is the right person to strengthen our baseball operations group going forward. He is one of the most highly regarded executives in all of baseball and had options to go with other clubs. We feel very fortunate that he wanted to come to Boston and wanted to further his career — now with the Red Sox — as one of the great architects of winning baseball clubs.?

Added Werner: ?Although we have achieved tremendous success over the last 14 seasons, we had reached a clear internal consensus that we needed to enhance our baseball operation. In nearly four decades in the game, Dave is a proven winner, and he can restore winning ways to Yawkey Way and help to fulfill the Red Sox goal, every year, to be playing meaningful games into October.?

Dombrowski, who parted ways with the Detroit Tigers earlier this month after 14 seasons as president/GM, expressed his gratitude to Red Sox ownership for the job.

?I want to thank John and Tom for this opportunity,” Dombrowski said. “Although I did have other potential options within baseball, there was no option that stood out as clearly as the chance to come to Boston and win with the Red Sox. Boston is a baseball city like no other, and its history and traditions are unique in our game. I expressed to John and Tom that Boston would be my absolute top choice and am honored to have the chance to serve Red Sox Nation.?

Added Dombrowski: ?One of the advantages of joining the club now is that I get the opportunity to get a head start on the important job of roster construction for 2016. The Red Sox baseball operations group and Ben Cherington deserve extraordinary credit for the young, talented players that have broken through at the major league level, and I see outstanding potential in the talent still developing in our minor leagues.

?I am anxious to get to Boston and to focus on playing an important role in helping this great franchise continue its recent history of world championships.?

On Cherington, Henry noted: ?Ben Cherington is one of the finest individuals I have ever worked with, possessing a maturity and integrity second to none. Over 17 years with the Red Sox and in the four years as our general manager, he always put the best interests of our organization first and foremost, winning a World Series championship in 2013.?

Added Werner: ?Ben put together a team that led the American League wire to wire in 2013, that scored more runs than any club in baseball, and that had the best run differential in the game. More importantly, he built a team that was embraced by the City of Boston in the midst of tragedy in a way that no city and championship club had ever had bonded together before. Ben?s steady hand was at the tiller of that remarkable journey. We appreciate his many years of service, his substantial contributions to our organization over many years and his willingness to assist Dave with the transition.? 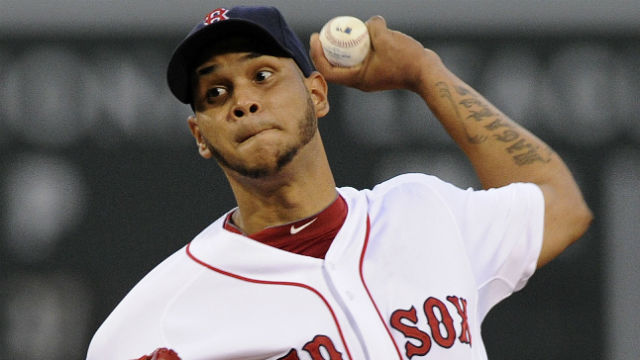