Perhaps the New York Jets could have avoided the Geno Smith fiasco a long time ago.

The New York Jets quarterback was ruled out for six to 10 weeks after linebacker IK Enemkpali punched him in the face and broke his jaw during a fight in the locker room. “Rich Eisen Show” producer Chris Law quickly noticed Enemkpali’s punching skills were documented in his 2014 NFL.com draft profile.

However, Enemkpali’s profile wouldn’t have been the Jets’ only clue before selecting him in the sixth round of the 2014 draft. When the linebacker was 19, he was arrested and charged with battery on a police officer and disturbing the peace at a bar during his days at Louisiana Tech. Enemkpali punched an off-duty cop working security and had to be subdued with pepper spray and a stun gun.

The Jets have since released Enemkpali. 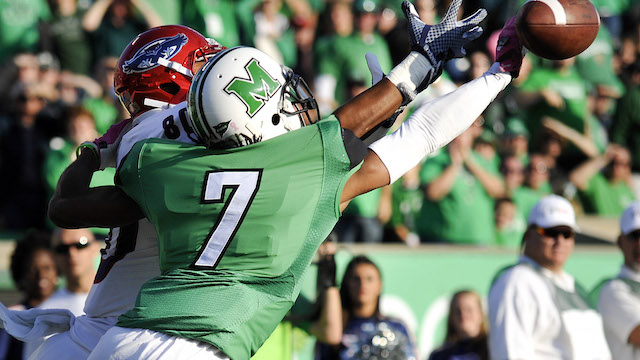