The New England Patriots, unhappy with their depth at offensive tackle, reportedly made a trade Tuesday.

The Patriots acquired offensive tackle Michael Williams from the Detroit Lions in a trade, a source told The Boston Globe’s Ben Volin. The Patriots gave up a future seventh-round draft pick for Williams, a league source told ESPN’s Field Yates.

Williams came into the NFL as a tight end in 2013, when he was selected in the seventh round of the NFL draft. Williams moved to offensive tackle in 2014.

The 6-foot-6, 304-pounder boosts the Patriots’ depth at offensive tackle, which was lacking behind starters Nate Solder and Sebastian Vollmer and backups Marcus Cannon and Cameron Fleming. Williams could compete with Fleming, Mark Asper, Chris Barker, Caylin Hauptmann and Chris Martin for the Patriots’ No. 4 tackle role.

Williams mostly was used as a blocking tight end at Alabama, but he caught 51 catches for 503 yards with seven touchdowns in four seasons under Nick Saban. 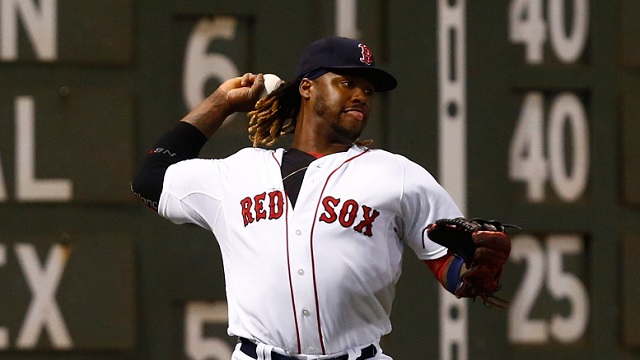