The Stephen Amell-Stardust feud finally came to a head Sunday at WWE’s SummerSlam. The Emerald Archer did not disappoint.

After months of back and forth, Amell — who plays DC comics super hero The Green Arrow on The CW’s hit TV show “Arrow” — made good on the promise he made two weeks ago on “Monday Night RAW.”

First, he made his entrance in style in a suit that looked like a cross between Oliver Queen’s original vigilante costume and the traditional Green Arrow costume he’ll finally debut this fall in Season 4 of the series.

After Neville and King Barrett kicked off the tag match, Amell surprised Stardust with an impressively athletic entrance into the ring.

He didn’t disappoint wrestling fans, either. In fact, he looked like a natural, as seen in this hip toss of Stardust.

Stardust and Barrett rebounded, though, kicking the crap out of Amell for several minutes. He managed to tag out and recover, however, which led to this fantastic finish from atop the ropes.

Amell proceeded to throw Barrett back into the ring, and his teammate, Neville, took care of business moments later with his signature “Red Arrow” finishing move.

But his brother could.

Stardust, King Barrett: You have failed this city. 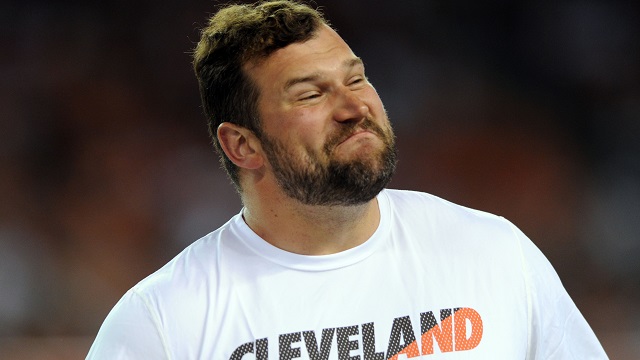