The Jurgen Klopp era is off but not exactly running into the bright future.

Liverpool played Tottenham to a goal-less draw in the Premier League on Saturday at White Hart Lane. The result started Jurgen Klopp’s era as Liverpool manager with less than the anticipated on-field bang amid the off-field excitement.

Klopp has the best idea of exactly how long he’ll need to transform Liverpool into a team in his own image. Perhaps that’s why he spent his first week in charge pleading for both patience and belief from the public. Like Saturday’s performance and result, Liverpool’s journey forward will be long, tough, exhausting and ultimately only as rewarding as the next step.

Liverpool has dominated recent history against Tottenham, winning the previous five meetings by a combined 18 goals scored against five conceded, but Mauricio Pochettino’s team was in much better form than Liverpool coming into the game, as Klopp inherited a slumping team, albeit one with potential.

7 – Spurs are the only Premier League team not to have lost since the opening weekend in the competition (W3 D4) . Improvement.

Liverpool have won just 5 of their last 17 games dating back to last season, losing 7 times and drawing 5 #LFC

Liverpool have scored more than one goal just once in their last 11 league matches, also failing to score in two of those 11 games

Tottenham offered Liverpool the perfect test of its new-found mettle, and Daniel Sturridge’s and Danny Ings’ injury-enforced absences only increased the scale of the immediate challenge the Reds faced in North London.

Divock Origi ultimately shouldered the burden of leading Liverpool’s attack, and the blank scoreboard reflects the 20-year-old Belgian’s impact against the tough hosts. Origi hit the crossbar with a header in the 10th minute and failed to connect with the rebound before Tottenham goalkeeper Hugo Lloris gathered it.

The sequence was the beginning and end of Origi’s highlight reel in an afternoon in which he struggled to threaten Tottenham’s back line with his movement and shooting, link with his teammates in possession or enhance his claim for the trust of Klopp or fans during an injury crisis up front.

Origi’s teammates also shared many of his problems under Tottenham’s energetic defensive pressure. The first 25 minutes were promising for Liverpool, but Tottenham asserted itself, gained an increased share of both possession and territory and blunted the Reds’ attacking ambition.

The Reds’ forward raids had little effect, but they defended with a resolve that was the source of early-season optimism. Each attacking player tracked back when necessary, helping the back four plus holding midfielders Emre Can and Lucas Leiva maintain a largely impenetrable defensive shell. Goalkeeper Simon Mignolet answered the call, making fine saves in the 28th and 83rd minutes on Clinton N’Jie and Harry Kane, respectively.

Klopp’s first apparent change to Reds came in the form of an energy boost. Tottenham entered the game as the Premier League’s hardest -working team, but Liverpool snapped its eight-game streak in the running department.

8 – Tottenham have run further than their opponents in each of their eight Premier League games so far this season. Businesslike.

A smiling Klopp extolled his players on the field after the final whistle, despite the fact his first game demonstrated Liverpool’s continued struggles with winning and scoring.

Klopp congratulates his players as his first game as @LFC boss finishes with a point against @SpursOfficial. #TOTLIV http://t.co/UCBQAc3ltq

What else could we have expected in the reality check that is Premier League soccer? 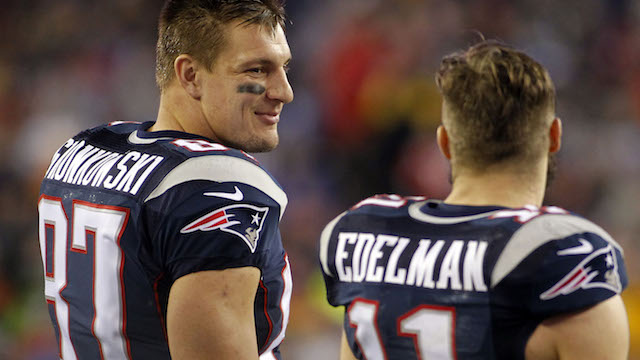