Apparently the emphasis is on the “plus.”

Smart was spotted at TD Garden wearing a leg brace and using crutches ahead of Wednesday’s game with the Philadelphia 76ers, according to CSN New England’s A. Sherrod Blakely.

The 21-year-old ditched the crutches in Boston’s locker room about an hour before game time, but Stevens admitted Wednesday the probability of Smart returning to action next Friday — two weeks from when he originally was injured — isn’t good.

“From a timeline standpoint, when I said (two weeks), it was probably more of a minimum of two weeks,” Stevens said. “We’ll see what happens after he gets those crutches off. This is just like when guys wear boots and play the next day. You’re just trying to stabilize it, not put any pressure on it so that it can heal better.

Stevens added Smart’s injury — classified as a subluxation of the proximal tib-fib joint — usually is associated with other areas of the knee getting hurt, so the team is fortunate he won’t be out long-term.

According to the head coach, though, Smart won’t be re-evaluated until this Friday at the earliest.

“From what I’ve heard, it’s just a matter of strengthening, and that was a seven to 10-day thing, starting when he first got hurt (Friday),” Stevens said.

Boston has lost both its games since Smart left the lineup while giving up an average of 116 points. 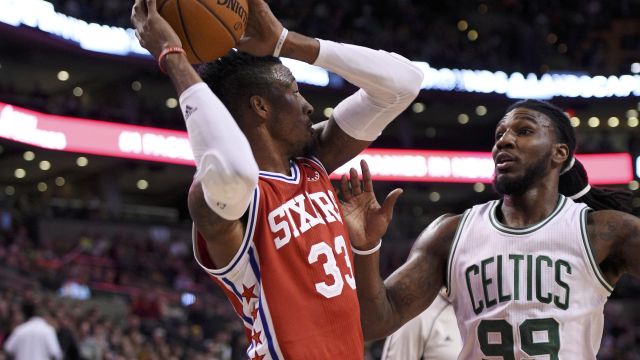