NFL Week 10 Power Rankings: Steelers Could Make Run If They Get Healthy - NESN.com Skip to content

Much of the AFC talk in the coming weeks will center around three teams: the New England Patriots, Denver Broncos and Cincinnati Bengals.

And why wouldn’t it? Two of those three teams are undefeated, and all three have done a pretty good job of separating themselves from the rest of the conference pack. Also, all three will be involved in huge matchups moving forward, with the Patriots heading to Denver in Week 12 and the Bengals visiting the Broncos in a Week 16 “Monday Night Football” matchup.

Who really knows how that will shake out, but barring any sort of major injuries, it’s safe to assume those three teams will dominate the AFC conversation entering the playoffs. One team you might not want to sleep on, though? The Pittsburgh Steelers.

It’s been a weird season for the Steelers. Suspensions to players such as Martavis Bryant and Le’Veon Bell have complicated matters. So, too, have injuries. Bell now is done for the season, and quarterback Ben Roethlisberger looks like he’ll miss more time.

But, if they can tread water and find a way into the playoffs, the Steelers might be a matchup no one wants. When everyone — or mostly everyone — is healthy, they can be a nightmare. While we don’t want to overstate what they did Sunday against one of the worst defenses in the NFL (Oakland), it’s tough to ignore how many weapons they have on offense. In Bell’s absence, DeAngelo Williams has been great (5.3 yards per carry), and Antonio Brown’s 17-catch, 284-yard performance was a relatively unneeded reminder that he’s still arguably the best wide receiver in football.

If Roethlisberger gets healthy and the Steelers can string some wins together, don’t be surprised if this team ends up knocking off one of those three AFC powers.

Now, on to this week’s power rankings.

1. New England Patriots (Last week: 1): It’s really not a huge stretch to say Sunday’s effort against Washington was the Patriots’ worst of the season. They still won by 17 points.

2. Cincinnati Bengals (Last week: 2): Want to know a big reason for Andy Dalton’s success this season? He has been sacked just 11 times this season. The only full-season starter to be sacked less is Oakland’s Derek Carr.

3. Carolina Panthers (Last week: 4 ): The Panthers barely held on despite a big early lead against Green Bay, but they’re now very much in the driver’s seat for home-field advantage in the NFC.

4. Denver Broncos (Last week: 3): We’re pretty locked in with our top five, so Denver ain’t falling far after its first loss. This was bound to happen, and it’s not entirely surprising it came on the road against a desperate team in Indy.

5. Green Bay Packers (Last week: 5): The Packers were miserable in the first half Sunday, which was the biggest reason their furious second-half comeback fell short. After two losses — on the road in Denver and Carolina — the Pack probably is pretty pumped to see Detroit at home on the schedule this week.

6. Arizona Cardinals (Last week: 6): The Cardinals had a perfectly timed bye week because they have a tough slate coming up. Their opponents the rest of the way: Seattle (twice), Cincinnati, St. Louis, Minnesota, Philadelphia, Green Bay. Eesh.

7. Minnesota Vikings (Last week: 7): Don’t sleep on the Vikings’ defense, which ranks in the top 10 in yards allowed and is second behind only Denver in points per game allowed.

8. Seattle Seahawks (Last week: 10): The Seahawks must be feeling pretty good. They’re coming out of the bye and they have some real winnable games down the stretch. The fact the Rams lost Sunday doesn’t hurt, either.

9. New York Jets (Last week: 9): The Jets continued to play into what has been a developing trend so far this season: They beat bad teams. Everyone else? Eh, not so much. If that continues, the Jets should be looking at a 9-7 record, maybe 10-6.

10. Atlanta Falcons (Last week: 8): The Falcons were a nice story to begin the season, but it feels like they’re destined to go 10-6 and then have their doors blown off in their first playoff game.

11. St. Louis Rams (Last week: 9): The Rams lost Sunday, but don’t tell Janoris Jenkins. The cornerback was pleased with his own play against Stefon Diggs, tweeting out the stat sheet.

12. Pittsburgh Steelers (Last week: 15): The Steelers’ offense, when everyone’s actually on the field, makes them a team that conceivably could pick off the Patriots in the playoffs. The whole having everyone on the field thing has been a bit of an issue, though.

13. New York Giants (Last week: 14): The return of Jason Pierre-Paul can’t be overstated enough. It didn’t pay immediate dividends — no sacks of Jameis Winston last week — but any updgrade is needed at this point, especially with New England on tap in Week 10.

15. Buffalo Bills (Last week: 17): The Bills still are tough to get a read on, but they showed Sunday how good they can be, especially on offense — when they’re healthy. Whether they stay healthy the rest of the season is very much in question.

16. Indianapolis Colts (Last week: 20): It’s a little too simple to say having Rob Chudzinski take over as offensive coordinator made the difference Sunday versus Denver, but it certainly looked like it helped.

17. Oakland Raiders (Last week: 13): Even if the Raiders miss the playoffs this season, they’ve come as far as anyone in 2015. Sunday’s never-say-die showing in Pittsburgh wasn’t quite enough, but you have to love the fight that team showed.

18. New Orleans Saints (Last week: 12): The Saints have allowed the second-most yards in the NFL, which also is where they finished last season. Rob Ryan must have some dirt on Sean Payton.

19. Dallas Cowboys (Last week: 19): Nobody has gained more during the Cowboys’ six-game losing streak than Tony Romo, whose perceived value has never been higher than it is right now as his team crumbles without him.

20. Tampa Bay Buccaneers (Last week: 21): It’s all about ball control with Tampa Bay. The Bucs have two total turnovers in their three wins this season. In their five losses, they’ve turned it over 12 times.

21. Washington Redskins (Last week: 21): The Redskins had more drops Sunday against the Patriots than a bad radio show.

22. Kansas City Chiefs (Last week: 23): This still is one of the best commercials of all time. That’s all we’ve got on the Chiefs this week.

23. Chicago Bears (Last week: 27): Adam Gase is receiving all kinds of credit for the work he has done with Jay Cutler and the Bears’ offense, as he should, especially in this stretch where Chicago won three of five after starting 0-3.

24. Baltimore Ravens (Last week: 24): Coming out of the bye, five of the Ravens’ remaining eight games are at home. They’re technically still alive, and none of the teams they’re chasing are particularly good. Just sayin’.

25. Cleveland Browns (Last week: 25): At this point, it really doesn’t make a whole lot of sense for the Browns to go back to Josh McCown. He’s 36 years old, and the Browns are dead. Might as well use the rest of the season to get a look at Johnny Football.

26. Miami Dolphins (Last week: 22): If Dan Campbell could find a way for his team to play either Houston or Tennessee every week, he’d get my vote for coach of the year.

27. Tennessee Titans (Last week: 31): Marcus Mariota was unreal, completing 28 of 39 passes for 371 yards and four touchdowns. For now, we’ll just ignore the fact it came against Rob Ryan and the hapless Saints defense.

28. San Francisco 49ers (Last week: 28): The win was just the third of Jim Tomsula’s coaching career, so you’ll have to excuse him for this “meh” postgame locker room speech.

30. Houston Texans (Last week: 29): The Texans have three wins, sure, but those three wins came against Tampa Bay, Jacksonville and Tennessee, so excuse me for not buying what they’re selling.

32. Detroit Lions (Last week: 32): I was kind of surprised coach Jim Caldwell wasn’t fired this week during the Lions’ house cleaning. But it’s not like they’re going anywhere either way, so you might as well suck as hard as you can and try to get that No. 1 pick. 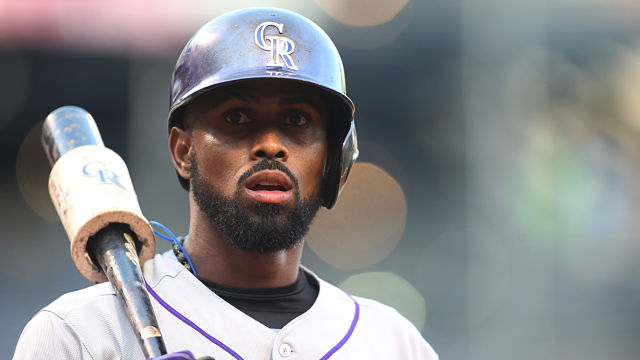 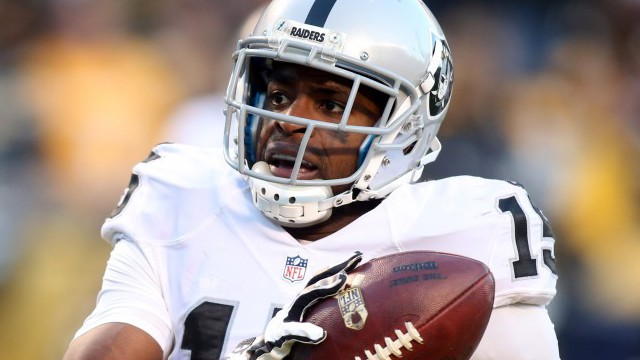