We’re about to find out if the fourth round of the 2014 NFL Draft was a success for the New England Patriots.

Bryan Stork (No. 105 overall), James White (No. 130 overall) and Cameron Fleming (No. 140 overall) are expected to play new, prominent roles in the Patriots’ Week 10 matchup with the New York Giants. Stork currently is expected to make his first career start at right tackle, Fleming likely will make his first career start at left tackle, and White is the favorite to take over for Dion Lewis as the Patriots’ third-down back.

Just weeks ago, last year’s fourth round wasn’t looking so hot. Fleming was buried on the practice squad, Stork was on short-term injured reserve and White was inactive behind Lewis, Brandon Bolden and LeGarrette Blount.

Now Stork, Fleming and White are the next men up with injuries ravaging the Patriots’ offense.

@DougKyed In your review of preseason film, what are some notable similarities/differences between Lewis and white, and should we be ok w/JW
— @MTM558
Dion Lewis was better than James White in preseason, but they both impressed. Lewis was more consistent and better in pass protection, but White might have slightly more consistent hands.

Lewis excelled at making the first tackler miss, while White showed off impressive footwork and vision in the open field. Here are some clips to get you excited about White:

@DougKyed Do you think James white has the real potential to be a dependable short yardage back and a pass catcher out of the backfield.
— @kingricharddIII
I do think White will be solid as a third-down back. He’ll just be closer to Shane Vereen than Lewis or Danny Woodhead.

I think it will be interesting to see how White fares with consistent playing time. He has just 28 career touches for 128 yards. He won’t be as explosive as Lewis, but he can serve the Patriots’ third-down role sufficiently. And if he can’t, the Patriots can turn to Brandon Bolden.

Bolden is a dependable pass protector, but his hands aren’t as solid as White’s. He’s not as shifty, but he’s more versatile as a between-the-tackles runner.

Bolden has 146 career carries for 648 yards with six touchdowns and 30 catches for 212 yards with one score. He filled in the third-down role in 2013 when Vereen was hurt and Leon Washington didn’t work out as a free-agent signing.

Bolden offers a ton of value on special teams, however, which is why I think White gets the first crack at the third-down role. I also don’t think the Patriots would have kept White around this season if they didn’t have plans for him.

I still don’t think it would hurt for the Patriots to sign a player like Robert Turbin, Pierre Thomas or Montee Ball. Turbin is the best option, since he can back up LeGarrette Blount, and he has experience catching passes out of the backfield.

The Patriots will be fine if they stick with White, Bolden and Blount, though.

@DougKyed how do the Pats address Vereen/Jennings out of the backfield with Collins potentially out? Safety (Chung) or linebacker (Freeny)?
— @PatriotsInform
The Patriots typically cover running backs with linebackers, but with Giants tight end Larry Donnell out this week, they could use safeties to cover Vereen.

Jerome Cunningham and Will Tye don’t offer much of a threat at tight end behind Donnell, so the Patriots won’t have to worry about double coverage. That should free up either Chung or McCourty to cover Vereen. I think either will be solid against the third-down back.

@DougKyed why dont we run the 2 TE set with Chandler more often?
— @DoubleAIV
They might now with Lewis out. The Patriots just have a lot of talent on offense, and it’s tough to find snaps for all the offensive playmakers, plus Michael Williams, who has done a great job as an extra blocker, helping out the Patriots’ patchwork offensive line.

Chandler could see more snaps once offensive tackles Sebastian Vollmer and Marcus Cannon are back. It seems we’ll have to wait at least another week for that to happen, though.

@DougKyed Hey Doug, since Jonathan Freeny has been getting more reps than Mayo this year, do you think you can tell us fans about him?
— @pats_today
Freeny has been solid as a third linebacker this season, and he’ll probably start his second consecutive game this Sunday. He has versatility since he played defensive end at Rutgers. He struggled at times in preseason, but he’s caught on well as the season as progressed in coverage and as a run defender.

I wouldn’t be surprised to see Jon Bostic mixed in to the linebacker rotation, especially on passing downs, if Collins is out this Sunday.

@DougKyed have we transitioning from the question “can he play cornerback?” to “can he play tackle?”
— @KD9512
I think we’re there — and for good reason.

The Patriots have four cornerbacks, and they have just one healthy offensive tackle on the 53-man roster.

The best options are Blaine Clausell, Chris Barker and Keavon Milton. Clausell started at left tackle for three seasons at Mississippi State. Barker has the versatility to play offensive tackle and guard in his third season with the Patriots. Milton was just signed Tuesday. He played tight end in college and moved over to the offensive line this offseason with the Seattle Seahawks.

@DougKyed is Malcolm Butler Vs Odell Beckham going to be the best matchup ever?
— @PatsStuffDaily
It’s a great test for Butler, but if he does match up with Beckham, I think he’ll have help from either McCourty or Duron Harmon over the top.

If Butler can shut down Beckham like he did to Desean Jackson last week, he should be considered one of the top cornerbacks in the NFL.

Butler and Beckham have similar size, and I think Butler can keep up with Beckham’s speed. Beckham’s agility could give Butler trouble, but the Patriots cornerback has proven to be a very solid tackler.

@DougKyed Doug – which Patriots player is so big that when you see him you think “that is one large individual “?
— @JimGilhooly1957
Alan Branch.

Oh, and Nate Solder and Sebastian Vollmer when they’re walking next to each other.

@DougKyed Larry Bird vs Bob Kravitz in a knock down drag em out free for all. Who you got?
— @WhiskeyNick
Larry Legend, obviously.

@DougKyed on a scale from 1-10, how disappointed are you about the participants in the tournament for the WWE World Heavyweight Title?
— @AirLarsen
Maybe a 4?

It’s about what I was expecting, though it is a bit strange the Wyatt Family and New Day aren’t involved at all. They’re some of the biggest stars of the company, and it seems like a strange decision not to push them at all as singles wrestlers.

I’m also a bit disappointed they didn’t use the tournament as a way to debut someone from NXT.

That doesn’t sound too bad.

I’m just hoping it’s a Reigns heel turn. I like Reigns, but it’s also obvious he’s being forced down peoples’ throats. Let him be a heel for a while, let Triple H and Stephanie do the talking for him, and have him turn on his buddy, Ambrose.

I’d like to see the WWE tease it too, a la Tatanka turning on Lex Luger to join the Million Dollar Corporation in the mid-90s. The Authority should either help out Reigns or Ambrose in their respective tournament matches, and have each Superstar showing distrust in the other. 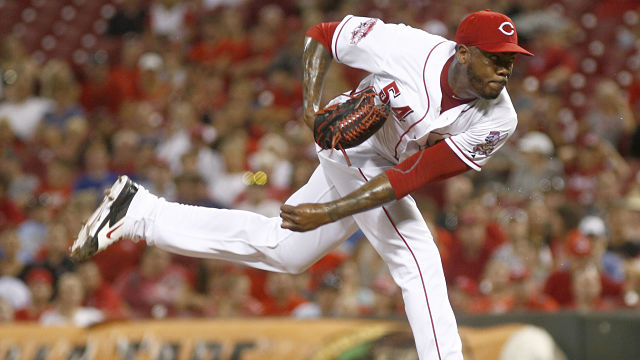 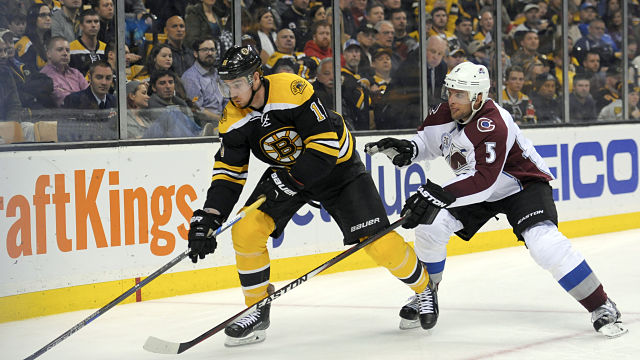