But there’s one area in which Big Blue has dominated this season: turnovers.

The Giants are tied for the league lead in both interceptions (13) and total takeaways (20) entering Sunday’s matchup with the New England Patriots, and their plus-11 turnover ratio is miles better than any other team’s. (The Patriots and New York Jets are tied for second at plus-7.)

The Patriots generally have succeeded in taking care of the ball this season; their five giveaways are the least in the NFL. But they did cough it up twice in last weekend’s win over the Washington Redskins (one interception, one fumble), and quarterback Tom Brady said the mental side of ball security will carry even greater importance against a ball-hawking club like the Giants.

“It’s ball security, and that comes with physical drills we work on in practice, but it’s also a lot of decision-making, too,” Brady said before Wednesday’s team walk-through at Gillette Stadium. “A lot of it is risk/reward in terms of, ‘Do I stick the ball out on the goal line on first down?’ That’s usually not a good thing to do. The chance of losing the ball is definitely higher if it’s away from your body.

“When you’re going to play a team like this that strips the ball a lot, if you’re in traffic with four defenders (on you), how are you going to get to the ground without them raking the ball off you? And they’ve done a good job of that. They hold guys up. They rip the ball out. They’ve forced a lot of interceptions this year. They’ve got a lot of playmakers.

“I think their scheme really plays a part of it. I think their coordinator (Spagnuolo) does a great job of putting those guys in position to be aggressive, to make plays on the ball, whether that’s the safety position or the corner(back) position. And they all catch the ball really well. So, it’s just going to be important making good decisions, reading out the coverage, obviously not throwing it to them. And then when you get the ball in your hands, it’s about good decision-making and knowing when to cut your losses and get down and protect the ball and be ready for the next play.”

The Giants own a three-game winning streak against the Patriots, earning victories in Week 10 of the 2011 season and (shield your eyes, Pats fans) in Super Bowls XLII and XLVI. In two of those three games, New York won the turnover battle.

“Their ability defensively to create turnovers and get the ball out and score is obviously very impressive,” head coach Bill Belichick said Wednesday. “(They’re) by far and away the best in the league at that.” 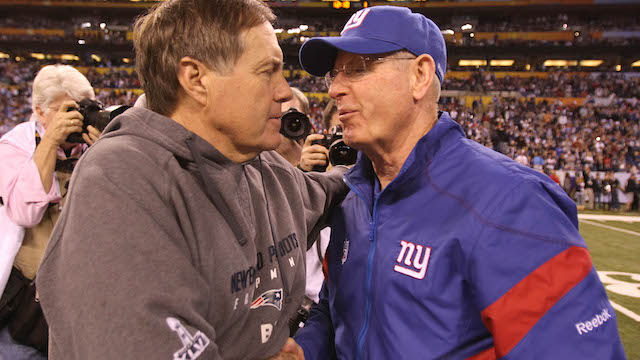