Johnson took a jet sweep handoff from Tom Brady in the first quarter of Sunday’s loss to his former team, the Philadelphia Eagles, and didn’t have room to turn upfield. Johnson could have cut to the sideline, but he needed that crack of the pads to truly know he was back in the NFL.

“I was pretty comfortable,” Johnson said Thursday. “I was like, if I get the corner, I still wouldn’t have taken a hit in a while, so it was kind of a relief that they stopped me a little bit instead of running out of bounds. I wanted to get a little contact on me. It felt good. I just felt good to be out there.”

Johnson was out of the league from September, when he was among the Houston Texans’ final cuts, to last week, when he worked out for the Patriots and signed the next day. Johnson will take on his former teams in back-to-back weeks and is excited to be back in Houston for Sunday night’s Week 13 matchup.

“Just being there for a whole year last year, playing with a lot of those guys, developing relationships with those guys on and off the field, I think it’s going to be real fun just to play a real game against them,” Johnson said.

Johnson’s experience under the Texans head coach, former Patriots offensive coordinator Bill O’Brien, has been extremely helpful in getting the slot receiver acclimated in New England. He played three snaps in Week 12 just four days after signing with the Patriots and ran the ball once for 6 yards.

“I haven’t made any (missed assignments) in practice or things like that,” Johnson said. “I kind of pride myself on knowing where to be, what route to run and things like that. I just do a little extra studying at home, but it’s pretty similar.”

It’s also been beneficial for Johnson to have Patriots receiver Keshawn Martin, another former Texan, around.

“He’s very helpful,” Johnson said. “The crazy thing, he’s helpful just by being here. Just having a face, a guy you spent time with, and you know him. Maybe I’m out there, maybe I don’t feel comfortable, but I look over there, see Keshawn out there, like ‘OK, all right, I’m back out there again.’ It’s good just to be out here with someone that I actually know.”

Johnson and Martin essentially are competing for the same No. 3 receiver role in the Patriots’ offense. Johnson actually passed Martin on the Texans’ depth chart last year, but that hasn’t stopped Martin from showing his fellow receiver the ropes around Gillette Stadium.

“At the end of the day, we’re teammates,” Martin said. “We all come together for one common goal, so it’s no secrets. If a guy needs help, as a teammate, you’re supposed to help him out. That’s how you have good team chemistry. Everybody’s on the same page when guys are willing to help guys out, when they probably really don’t want to do.

“It’s nice to have a guy like that. He’s a good player, and we’ve been together for a couple years now. It’s pretty good.”

Johnson played 86 of 89 total Patriots snaps Sunday and caught three passes on eight targets for 45 yards. He has 10 catches on 16 targets for 148 yards and a touchdown this season. Both Martin and Johnson said there’s no extra motivation to play their former team Sunday.

Either Martin or Johnson will need to step up until Patriots No. 1 wideout Julian Edelman returns from a foot injury. 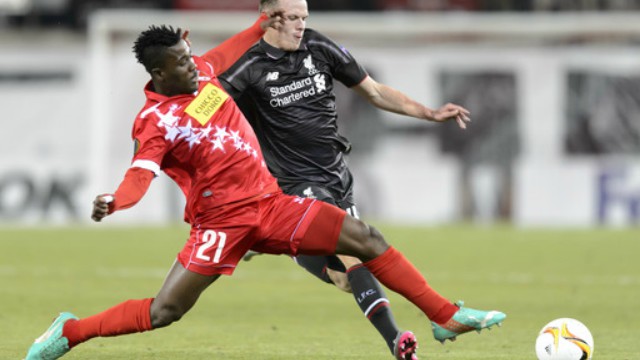