There’s nothing that will change the fact the New England Patriots lost Sunday. But Patriots fans might feel better if they take a few shots at the Denver Broncos on their way out.

Patriots fans might be able to enjoy their sour grapes while checking out YourTeamCheats.com, a website that popped up on the radar as the Patriots were fighting the NFL over the Deflategate scandal.

The site, presumbaly started by a Patriots fan, details all of the different ways other NFL teams have “cheated” over the years. Unsurprisingly, the list of top 10 biggest cheaters, according to the list, is populated by Patriots rivals. Meanwhile, the Patriots come in at No. 23.

Of course, such things as “Crampgate” — Von Miller faking a cramp during a game — and “Uniformgate” — the Broncos only bringing one color jersey to a game in San Diego — also make the list, so we’re not exactly talking about federal offenses here.

But hey, whatever helps you sleep at night. 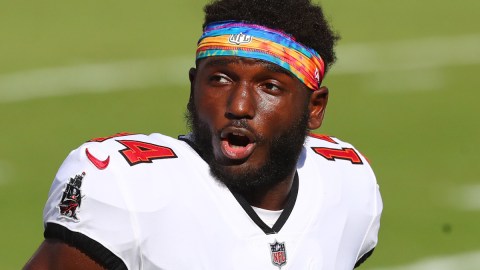